WASHINGTON – Before then-President Donald Trump visited a US Navy base in Japan in 2019, his team asked officials to keep a ship named for one of Trump’s Republican rivals – the late Sen. John McCain – out of sight, newly released Navy emails confirm.

When reports of the White House request initially surfaced, Navy officials told reporters a painting tarp that obscured the ship’s name from view in the days before Trump’s visit was placed there for maintenance reasons – but the documents released Wednesday confirm that was untrue.

“The name of USS John S. McCain was not obscured during the POTUS visit to Yokosuka on Memorial Day,” then Navy Chief of Information Rear Adm. Charlie Brown said in a tweet on May 29, 2019. “The Navy is proud of that ship, its crew, its namesake and its heritage.”

What Brown didn’t say was the Navy had taken measures to obscure the guided-missile destroyer ahead of the president’s Memorial Day visit in accordance with the White House request, but later reversed them.

On May 15, 2019, the White House’s military office relayed a request to “keep McCain out of sight” during the 45th president’s May 27, 2019 visit to Yokosuka Naval Base, about 35 miles south of Tokyo, according to an internal Navy email dated May 24 of that year.

“In talking to the Yokosuka [spokesman] Monday, he mentioned that they had in fact taken great pains to ‘hide’ John S. McCain because of sensitivities related to POTUS and Sen. McCain’s relationship,” the US Forces Japan director of public affairs wrote in an email.

In response, the Navy switched out a banner denoting the ship’s name and replaced it with a tarp which “partially obscure[d] the ship’s name” painted on the back of the McCain, according to the email.

Rear Adm. Phillip Sawyer, who oversaw all Navy operations in the Western Pacific, tested for himself whether the McCain’s name could be seen from where Trump intended to visit, noting in a May 24 email he was “comfortable with the actions that have been taken” to block the ship’s name.

Sawyer also recommended that “no further actions” be taken “includ[ing] ‘undoing anything that has been done” with the banner and paint tarp.

Not only could the McCain’s name not to be visible to Trump, its sailors were barred from attending the president’s address to sailors at the base, according to a May 17, 2019 Navy email.

“My direction was to have a good plan to meet [White House] intent on having [the McCain] out of sight while not calling attention to the fact that [McCain] sailors were not allowed to participate,” an unnamed Navy officer wrote.

The Navy asked for a formal order from the Trump administration to do so, but none came, according to a May 24, 2019 email. Without the order, the Navy was clear to remove the concealment measures and did so three days before the former president’s visit, according to reports at the time.

After the news broke, Trump denied making the request himself but admitted “someone” on his team did so because “they thought they were doing me a favor because they know I’m not a fan of John McCain.”

“I would never do a thing like that,” Trump said at the time. “Now, someone did it because they thought I didn’t like him. OK? And they were well-meaning.” 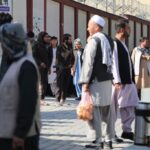 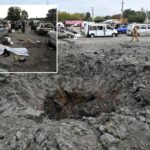