“Massive numbers of ‘BROKEN’ voting machines in Republican Districts on Election Day. Mechanics sent in to ‘FIX’ them made them worse,” Trump, 76, said in a Truth Social post without offering evidence. “Kari had to be taken to a Democrat area, which was working perfectly, to vote. Her opponent ran the Election.”

Trump added it was “SO OBVIOUS” that Lake, 53, should not have lost to Democrat Katie Hobbs, Arizona’s 52-year-old secretary of state.

Hobbs defeated Lake by a little more than 17,000 votes out of more than 2.5 million ballots cast.

The 45th president also referenced his own failed reelection bid in 2020, which he continues to claim was the result of widespread voter fraud.

“Kari Lake should be installed Governor of Arizona,” Trump said. “This is almost as bad as the 2020 Presidential Election, which the [House] Unselect Committee refuses to touch because they know it was Fraudulent!”

Trump’s latest diatribe came in response to a Truth Social post by Lake that claimed that “Arizonans have no Faith & Trust in our Elections.”

“Our Election Officials are incompetent (…or worse) They have failed us,” Lake said. “The Fake News ignores our Fake Elections and expect us to just ‘move on.’ We won’t.”

Lake has refused to concede to Hobbs, blaming her projected loss on voting issues in Maricopa County, home to about half of all Arizona voters.

The county had problems counting votes on Election Day morning after ballots at roughly one-third of its 223 polling sites were printed with ink too light to be read by vote tabulation machines.

Affected voters had to wait in longer lines, go to another voting location or place their ballots in a separate box to be read later by hand. Technicians resolved the issue by about 11:30 a.m. local time – about five-and-a-half hours after voting began.

“America will NOT survive if we don’t demand Election Reform NOW,” Lake said in her post.

A Maricopa County Elections Department report issued Monday found that about 51% of vote centers had a longest reported wait time of less than 15 minutes; 21% between 16-30 minutes; 13% from 31-45 minutes and 8% saw wait times of up to 60 minutes. About 7% of polling locations saw wait times creep past the hour mark.

“While Maricopa County’s printer issue in 2022 impacted more Vote Centers than normal, every voter was afforded the ability to legally and securely cast their ballot,” the department said in its report.

Lake’s team filed a lawsuit in state court on Wednesday against Maricopa County, demanding information on voters whose ballots were affected by voting machine problems. Her fellow Republican Abe Hamadeh, who ran for attorney general and lost by 510 votes, has filed a lawsuit against his Democratic opponent as well as state and local officials, seeking to overturn his defeat.

Arizona counties had until Monday to certify their vote totals. Election officials in Republican-dominated Mohave and Cochise counties have said they planned to hold off on certifying the results.

The chairman of Mohave County’s Board of Supervisors, Ron Gould, told Reuters that his county delayed certifying last Monday because his board was waiting to see Maricopa’s explanations for what happened to the ballots of its affected voters.

In Cochise County, the three-person board postponed its certification after hearing testimony on Nov. 18 from three election conspiracy theorists who argued that the county’s voting machines were not properly certified.

The Secretary of State’s office said the matter was due to a clerical error and sent a letter to the board last Tuesday that included documentation of the machines’ licenses. 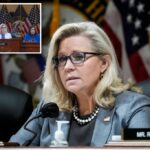 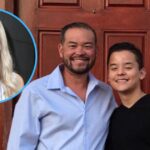