O’Dea also said on CNN Sunday he would “actively campaign against” Trump if he threw his hat in the ring for 2024, which the 45th president didn’t take kindly to Monday with Election Day less than a month away.

Republicans are looking to knock off Colorado Democrat Michael Bennet who has served in the US Senate since 2009.

“There’s this RINO [Republican in Name Only] character in the Great State of Colorado, Joe O’Dea that is running against the incumbent Democrat for the United States Senate, who is having a good old time saying that he wants to ‘distance’ himself from President Trump, and other slightly nasty things,” Trump said on his social media platform Truth Social.

“He should look at the Economy, Inflation, Energy Independence, defeating ISIS, the Strongest EVER Border, Great Trade Deals, & much more, before he speaks. MAGA doesn’t Vote for stupid people with big mouths,” said Trump.

O’Dea didn’t back down Monday, stating he’s his “own man.”

“I’m a construction guy, not a politician,” O’Dea said in his statement, according to CNN.

“President Trump is entitled to his opinion but I’m my own man and I’ll call it like I see it.

“These elections should be focused on Joe Biden’s failures – supercharged inflation, a broken border, rampant crime, a war on American energy – not a rehash of 2020. America needs to move forward.”

O’Dea panned Trump on CNN’s “State of the Union” Sunday for not doing enough to calm the violence on Jan. 6, 2021 and stressed the country has to move forward with a handful of “really great Republicans” who could retake the White House in two years. 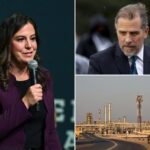 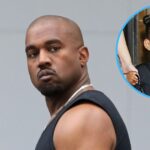 Daughter Chicago Will Be ‘a Blessing or a Problem’