The 76-year-old Trump, writing on his Truth Social platform, first hailed Rep. Kevin McCarthy (R-Calif.) becoming House speaker and then blasted McConnell (R-Ky.) and the other GOP senators for caving on the spending bill before Republicans could take control of the House on Jan. 3.

“We must now stop Mitch McConnell,” Trump said before once again referring to McConnell’s wife, Elaine Chao, with a racial slur.

“It’s as though he just doesn’t care anymore, he pushes through anything the Democrats want. The $1.7 TRILLION quickly approved Bill of the week before was HORRIBLE. Zero for USA Border Security,” the former president said.

“If he waited just ten days, the now ‘United Republican Congress’ could have made it MUCH BETTER, or KILLED IT. Something is wrong with McConnell, and those Republican Senators that Vote with him. PRIMARY THEM ALL!!!” he concluded in the posting.

Trump and the Senate GOP leader, who was re-elected in 2020, have been squabbling since the midterm elections in November — when Republicans won a narrow majority in the House but failed to flip the Senate even though their party’s candidates were expected to make historic gains.

The Senate voted 68-29 to approve the bill last month and sent it to the House, which passed it the next day, averting a partial government shutdown.

Graham said the bill was “less than perfect” but, like other Republicans, embraced the $76 billion in increased military funding it contained.

“This bill is a big win for the American military. It gives a much-needed boost to the Department of Defense and a well-deserved pay raise to our men and women in uniform. A ten percent increase in defense spending will add real dollars to our defense budget,” Graham said in a statement after the vote.

McCarthy, then the GOP leader in the House, was incensed that Democrats pushed the legislation through before the next Congress when Republicans would be in control.

“The country is tired of it. They fired you. They chose a new direction for our country by electing a House Republican majority for the 118th Congress,” McCarthy fumed at his Democratic counterparts. 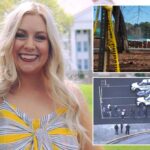 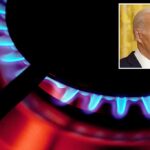