​Former President Donald Trump joined with other Republicans Monday in blaming “Old Crow” Senate Minority Leader Mitch McConnell for allowing the $1.7 trillion omnibus spending bill to pass last week instead of when the GOP takes control of the House early next year.

“If the Old Crow waited just 10 days, the Republican Majority in the House could have made the ‘Ominous’ Bill MUCH, MUCH, MUCH BETTER,” Trump, 76, said Monday on his Truth Social media platform.

“Just another win for the Democrats, Mitch, that wouldn’t have happened if ‘Trump’ were President!,” the former commander-in-chief added.

Republicans have lined up to condemn McConnell (R-Ky.) for supporting the omnibus bill on the basis of its $858 billion in military spending — a 9.7% increase from the year before.

They wanted to hold up the package until Republicans took over as the majority in the House on Jan. 3, believing GOP members would have more leverage to negotiate a smaller deal.

The Senate passed the spending plan on Dec. 22 on a 68-29 vote, while the House approved it 225-201 the next day, averting a government shutdown.

In another posting on Monday, Trump suggested that Democrats have dirt on McConnell and referred to the Senate GOP leader’s wife with a racial slur.

“The Marxist Democrats must have something really big on Mitch McConnell in order to get him and some of his friendly ‘Republican’ Senators to pass the horrendous ‘All Democrat, All the Way’ OMINOUS Bill,” Trump said.

“It gives Border Security to other countries, but ZERO $’s to the U.S., it fully funds the corrupt ‘Justice’ Department, FBI (which RIGGED the Presidential Election!), and even the Trump Hating Special ‘Prosecutor.’ It is also a massive giveaway & capitulation to CHINA, making COCO CHOW so happy!,” the 45th president added.

It’s not the first time Trump has used the derogatory term to refer to McConnell’s wife, Elaine Chao, who served as transportation secretary in Trump’s administration and is a native of Taiwan.

The relationship between McConnell and Trump has been tense in the best of times, but it deteriorated rapidly after the Nov. 8 midterm elections, when they both blamed each other for Republicans’ lackluster showing.

The GOP won a small majority in the House, but Democrats managed to retain control of the Senate by picking up a seat there — defying the longtime trend of the party not in the White House making huge midterm gains

Less than a week after the elections, Trump lashed out at McConnell.

“He blew the Midterms, and everyone despises him and his otherwise lovely wife, Coco Chow!,” Trump wrote on Truth Social when it became apparent Democrats would retain the Senate.

McConnell blamed the setback on the lack of “quality candidates,” in a dig against Trump-endorsed contenders, and promised in an interview last week that the Republican Party will not accept a roster of political hopefuls from Trump in 2024.

“Here’s what I think has changed: I think the former president’s political clout has diminished,” McConnell told NBC News.

“We can do a better job with less potential interference,” he said. “The former president may have other things to do.”​ 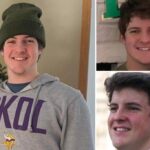 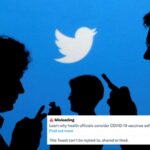 How Twitter ‘tattles’ squealed on users for COVID ‘misinformation’