Former President Donald Trump blasted the Jan. 6 Select Committee for blaming him for instigating the Capitol Hill riot in its final report, denying any fault and repeating his false claims that the 2020 election was stolen.

Trump posted the video rant to his Truth Social platform on Friday, one day after the Jan. 6 released their report accusing him of engaging in a criminal “multi-part conspiracy” to overturn the results of the 2020 election.

“These are sick people. These are Marxists. And they’re very dangerous and very bad people,” he said of the members of the committee, dismissing their investigation as a “witch hunt.”

“The committee barely even discussed the catastrophic security failures of the Capitol and they didn’t discuss the other thing, the reason why everyone went there — the election, which was a corrupt disaster,” Trump said.

He argued the committee “did not produce a single shred of evidence that I in any way intended or wanted violence at our capitol.”

“The evidence does not exist because the claim is baseless and a monstrous lie,” he said.

Trump also took aim at the federal investigation into the trove of classified documents seized at his Mar-a-Lago estate in August, calling the investigation “a hoax” led by a “Trump hater.”

“Alongside these other persecutions, the ‘Unselect Committee’ will go down in history as a con job and a disgrace. They want to stop us from taking back our country. But they will fail,” he said.

In the Select Committee’s massive 814-page report, Trump is accused of rallying his supporters as part of a “multi-part conspiracy to overturn the lawful results of the 2020 Presidential election.”

The committee concluded that “the central cause of January 6th was one man, former President Donald Trump, whom many others followed. None of the events of January 6th would have happened without him.” 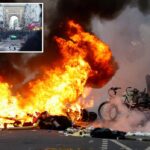 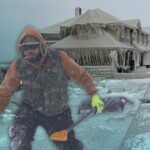