Former President Donald Trump blasted President Joe Biden as Title 42, the policy used to kick 40% of all illegal border crossers out of the US, was narrowly stopped from expiring on Wednesday by a dramatic last minute appeal to the Supreme Court.

“Over the past two years, Joe Biden has invited millions of illegal aliens to infiltrate our country in a gigantic unlawful invasion,” said Trump in a statement Monday, shortly after the Jan. 6 Select Committee announced it was recommending criminal charges for Trump and his role in the January 6 capitol insurrection.

“By abolishing what remains of Title 42, Biden is willfully and deliberately triggering a cataclysm of illegal immigration like the world has never seen before,” Trump’s statement continued.

Title 42’s end had actually been mandated by a federal judge, who ruled a deadline of Dec. 21 for it to be lifted. However, following an emergency appeal by 19 Republican-led states, Supreme Court Chief Justice John Roberts temporarily halted the lifting and gave the Department of Homeland Security until 5 p.m. Tuesday to respond.

Title 42 was implemented by Trump in 2020 during the pandemic. The rule gives the federal government the ability to take emergency action to stop diseases spreading into the US and was used by Border Patrol to kick out migrants who crossed into the country illegally to stop the spread of COVID-19.

When Biden took office Title 42 was still used, however, it was not applied equally, and exceptions were made for asylum seeking migrants from certain countries — such as Venezuela, Colombia, Peru, Cuba, Nicaragua and others. People from those countries who entered the US illegally were allowed to stay and begin the asylum process if they don’t have a criminal background.

This triggered a wave of migrants arriving at the US southern border and overwhelming communities at border towns in Texas. After huge waves of Venezuelan immigrants crossed into the country, Biden added the nation to the Title 42 expulsion list. Still, cities have continued to be overwhelmed by migrants from other areas and El Paso — currently the busiest border crossing in the US — declared a state of emergency Saturday night.

The emergency declaration will open up the city to federal and state resources to handle the influx at its border. Leaders in Texas’ sixth largest city have become concerned migrants who aren’t given beds and have been sleeping on the streets might freeze to death as temperatures dip into the 20s at night.

“Our asylum seekers are not safe as we have hundreds and hundreds on the streets,” said Mayor Oscar Leeser Saturday night.

Local leaders are now considering using the convention center as an emergency shelter as the city could end up housing as many as 10,000 migrants from now through late January, reported El Paso Matters. The El Paso Independent School District also said Monday that its facilities will be used to house migrants, according to KFOX-TV.

Meanwhile at another Texas border hot spot, Eagle Pass, the state has built a border barrier out of shipping containers in an effort to help overwhelmed Border Patrol agents keep order when if Title 42 does end.

Speaking of their exasperation, president of the National Border Patrol Union Brandon Judd told Fox news: “We are defeated; every single time we go out there and put on the uniform and patrol the border, we just don’t feel like we have the support of this administration.” 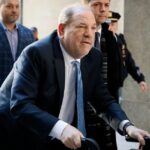 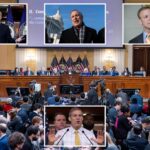