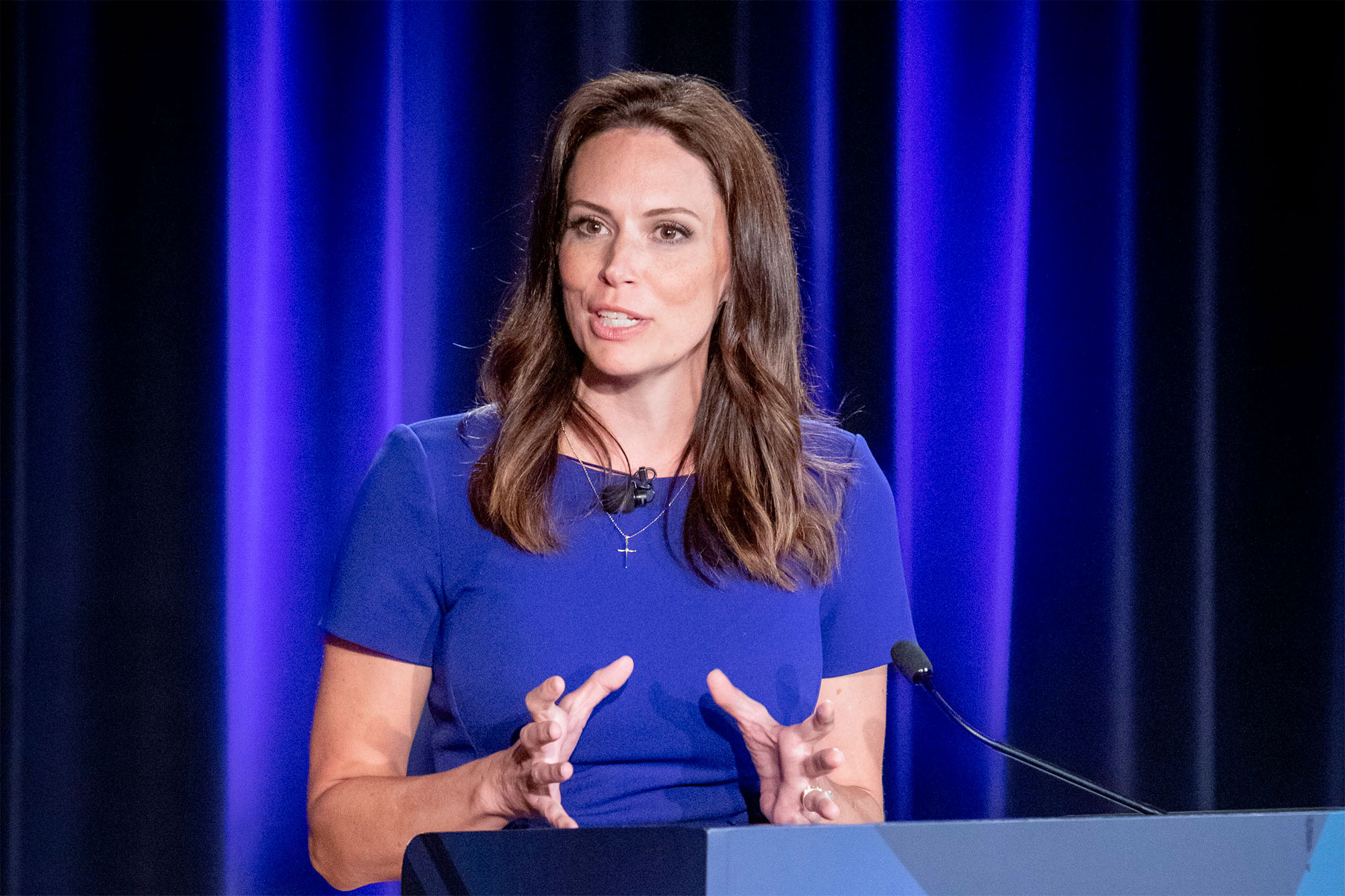 Dixon, a former steel industry executive, defeated several other candidates who received sizable support as the battleground state’s party split over the 2020 election.

Dixon has supported the conspiracy theory that the election was rigged in favor of Joe Biden, but dodged a question on Sunday when pushed about the claims of a “stolen election” by Fox News host Brett Baier.

Trump won Michigan in 2016, but President Joe Biden flipped the state blue in 2020.

Among her defeated opponents was 40-year-old Ryan Kelley, who was arrested in June on misdemeanor charges connected to his participation in the deadly Jan. 6 Capitol Riot.

Kelley organized rallies against Whitmer, including one where armed paramilitary groups entered the Michigan Statehouse.

“Congratulations to Tudor Dixon on her outstanding victory tonight,” Save Michigan PAC’s Founder Michael Markey said in a statement. “Save Michigan recognized early on that, as a businesswoman in Michigan’s steel industry, an innovator, and a disruptor, Tudor has shown exactly who we need to defeat Wrecken Gretchen. We could not be more proud of her and proud to have supported her campaign.”