Former President Donald Trump’s legal team asked a federal appeals court Monday to hold off on hearing the Justice Department’s appeal against the appointment of a special master to review papers seized from Mar-a-Lago until January at the earliest.

In a 12-page filing to the Atlanta-based 11th Circuit Court of Appeals, Trump attorneys Chris Kise and James Trusty said their examination of the roughly 11,000 documents to determine whether they are protected by attorney-client or executive privilege and settle any legal disputes will take time to accomplish.

If the appeals court grants the Trump team’s request, it could render the government’s arguments moot, since US District Judge Aileen Cannon gave special master Raymond Dearie a Dec. 16 deadline to wrap up his review last week.

The Justice Department on Friday asked the appeals court to order all papers to be filed in the case by Nov. 11, but Trump is seeking to put that off until Nov. 21.

“Certainly, the Government is free to file its brief at its earliest convenience,” the Trump lawyers wrote. “However, no good cause has been shown as to why President Trump should have significantly less time than the Government and less time than that provided under the Rules to prepare and brief his arguments before this Court in this unprecedented case.

​”​The Government​, on the other hand, cannot possibly be prejudiced if this appeal is not expedited and President Trump is afforded the few extra days provided under the Rules to file his brief​,” Kise and Trusty added.​

The 45th president’s attorneys argued against a “rush to judgment” in the case, which turns on whether Trump violated federal laws concerning the handling and storage of government records.

“The extraordinary circumstances herein presented — an investigation of the 45th President by the administration of his political rival — would countenance against any rush to judgment. Indeed, the public interest is served best by transparent and thorough consideration of all the issues,” they wrote.

“The Government has not and cannot possibly articulate any real risk of loss or harm resulting from a more deliberative process,” the lawyers continued.

​In a footnote of the court filing, Trusty and Kise took a shot at the DOJ over the FBI’s raid of Mar-a-Lago in search of a trove of classified documents the former president removed from the White House.

“​President Trump disagrees with and objects to the Government’s distorted and argumentative presentation of facts concerning the unprecedented raid of his home, its conduct in these proceedings, and the procedural history of this case​,” the filing said.

The legal battle over the seizure of the documents at Trump’s oceanfront resort has been waged since the Aug. 8 raid and has centered primarily over the former president’s request to appoint a special master to review the records.

Cannon, a Trump appointee, granted the special master request last month and halted the Justice Department from using the documents in its investigation.

Cannon later named Dearie, a former federal judge in Brooklyn, as the arbiter at the suggestion of both the Trump team and the government. 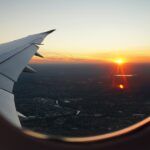 Tips to Eat Healthy While Traveling 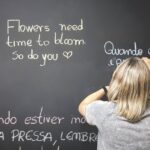