A semi-truck carrying 40,000 pounds of corn overturned on a Wisconsin interstate Thursday night, causing traffic on all southbound lanes to close.

Wisconsin authorities alerted the public at 8:52 pm local time to use caution if traveling on Interstate 41 as the truck was obstructing multiple lanes.

“TRAFFIC ALERT: Please exercise caution in the area of S/B I-41 @ Florist Ave., where an overturned semi carrying 40,000 pounds of corn is blocking lanes 2 and 3,” the Milwaukee County Sheriff’s Office said.

An update over an hour after the initial alert noted that all southbound lanes were closed down as cleanup crews attempted to clear the wreck.

The unidentified driver of the tractor-trailer suffered minor injuries in the crash. There were no reports of any corn spillage onto the roadway.

A cause for the turnover has not been released as the investigation is ongoing, according to police.

Thursday’s truck rollover comes a day after a tractor-trailer flipped over a guardrail onto Interstate 287 in Westchester County, NY, killing the driver.

Last Saturday, strong winds flipped over a semi-truck on the Golden Gate Bridge, forcing authorities to shut down both sides of the iconic California landmark to clean up the crash.

In early December, another truck in California rolled over an overpass and landed on a separate car crash. 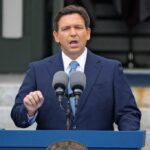 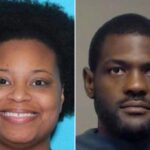