Tropical Storm Lisa is intensifying in the western Caribbean Sea and will likely become the Atlantic Basin’s next hurricane before approaching the coast of Central America later Wednesday.

Where is Tropical Storm Lisa?

Lisa is packing maximum sustained winds of 60 mph as it moves westward across the western Caribbean Sea.

Where are watches and warnings in effect for Tropical Storm Lisa?

The Bay Islands of Honduras have been placed under a Hurricane Warning along with the Belize coast from Puerto Barrios to Chetumal. Hurricane-force winds (74-plus mph) are expected to begin there by early Wednesday.

A Hurricane Watch has been issued for the Belize coast from Chetumal to Puerto Costa Maya. Hurricane-force winds will likely arrive there on Wednesday afternoon.

The entire north coast of mainland Honduras is under a Tropical Storm Warning, as is the north coast of Guatemala and the Yucatán Peninsula of Mexico from Chetumal to Punta Herrero. Tropical-storm-force winds (39-plus mph) are expected in these areas from Tuesday night through Wednesday.

What is the forecast for Tropical Storm Lisa?

Lisa will continue to strengthen and is forecast to become a hurricane by early Wednesday over the northwestern Caribbean Sea.

The FOX Forecast Center expects that Tropical Storm Lisa will move toward the west over the next couple of days, which means it will pass south of the Cayman Islands on Tuesday, then move near or over the Bay Islands of Honduras early Wednesday before approaching mainland Central America later Wednesday.

Tropical Storm Lisa will not pose any threat to the U.S. Gulf Coast as the current weather pattern will keep the system suppressed to the south.

What are the expected impacts of Tropical Storm Lisa?

According to the FOX Forecast Center, Tropical Storm Lisa is expected to produce 4 to 6 inches of rain across parts of Belize, the Bay Islands of Honduras, northern Guatemala and the southeastern portion of the Mexican state of Chiapas. Localized areas could see up to 10 inches of rainfall.

The far southeastern portion of Mexico’s Yucatán Peninsula, northern Honduras and central Guatemala could see 2 to 4 inches of rain, with isolated amounts as high as 6 inches.

In the Cayman Islands and eastern Nicaragua, many areas will pick up about an inch of rain, but localized totals of up to 2 inches are not ruled out.

Lisa is the 12th named storm of the 2022 Atlantic hurricane season. Martin became the season’s 13th storm on Tuesday morning in the central North Atlantic.

An average season in the Atlantic features 14 named storms, so the season is running very close to average as of early November.

The Atlantic hurricane season doesn’t officially end until Nov. 30, which means there’s still some time for an additional storm to develop. 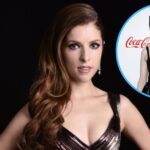 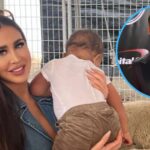