Tropical Storm Karl will remain over the Bay of Campeche for one more day Friday before making landfall overnight along the southern coast of Mexico, where it will produce gusty winds and heavy rain through Sunday morning.

Karl’s slow movement will bring the potential for mudslides in the mountainous regions southeast of Mexico’s Veracruz state.

This latest tropical cyclone will be the second to impact Central America in less than a week’s time and follows on the heels of Hurricane Julia, which impacted countries south of Mexico last weekend and earlier this week.

A blocking ridge of high pressure prevented Karl from directly impacting the US Gulf Coast.

The Atlantic hurricane season has less two months remaining, so it’s not unusual for the tropics to remain active in October. The month ranks as the third-most active (behind September and August) for tropical activity in the Atlantic Basin, typically producing about two named storms each year, one of which becomes a hurricane.

Where is Tropical Storm Karl?

Tropical Storm Karl is centered over the southwestern Gulf of Mexico and is less than 100 miles northwest of Ciudad del Carmen, Mexico.

The tropical storm has maximum sustained winds of 45 mph and is moving south-southeastward at 7 mph.

Due to Karl’s expected landfall late Friday night or early Saturday morning, a Tropical Storm Warning has been issued from Coatzacoalcos to Sabancuy in southern Mexico.

A Tropical Storm Warning means that winds of at least 39 mph are expected in the warning area — in this case, within 12 to 24 hours.

What is the forecast for Tropical Storm Karl?

Tropical Storm Karl is forecast to remain steady in intensity as it heads south to south-southwestward toward the coastline of southern Mexico.

On this path, Karl will likely make landfall along the coast of Mexico’s Tabasco or Veracruz states late Friday night or early Saturday morning.

Once the tropical storm makes landfall, it will slowly weaken as it moves inland across southern Mexico before dissipating by Saturday night.

What are the impacts of Tropical Storm Karl?

Karl is expected to bring tropical-storm-force winds (39-plus mph) to the coast of southern Mexico within the Tropical Storm Warning area beginning Friday afternoon or evening.

Additionally, between 2 and 5 inches of rain is likely across portions of Mexico’s Veracruz, Tabasco, northern Chiapas and northern Oaxaca states through Sunday morning, with isolated amounts as high as 10 inches possible in some areas.

The FOX Forecast Center says this rainfall could cause flash flooding, as well as mudslides in the higher terrain.

What else is brewing in the Atlantic?

The National Hurricane Center is monitoring a tropical disturbance off the western coast of Africa, but the system is fairly disorganized.

Some slow development is possible next week as environmental conditions become more favorable for development.

The NHC believes the tropical disturbance has a low chance of development over the next five days.

Whether or not development occurs, the tropical disturbance is expected to stay harmlessly out over portions of the eastern Atlantic. 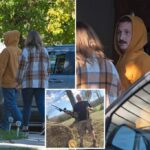 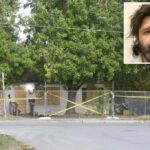