WASHINGTON – The rate of active-duty military suicides declined by 15% in 2021, but a top Defense Department official said Thursday it was too soon to say whether the dip was part of a larger decline.

“The year-to-year trend provides helpful preliminary insight, but there is still a gradually increasing trend for suicide in the military over a 10-year period, and we need to see a sustained long-term reduction in suicide rates to know if we are making progress,” said Elizabeth Foster, executive director of the Defense Department’s Office of Force Resiliency.

Still, Foster said the Pentagon is “cautiously optimistic” about the 2021 data, adding that military rates are comparable to the suicide rate of civilians when accounting for the average age and gender of troops.

Prior to last year, the military suicide rate climbed incrementally nearly every year since 2001, when there were fewer than 20 self-inflicted deaths reported among active-duty troops, according to the report.

“Every one of these numbers is a person and represents a family and a community that has been forever changed by this tragedy,’” Foster said. “We know that we must continue to prioritize and invest in suicide prevention.”

The 2021 dip coincided with the easing of COVID-19-related restrictions in the military, including fewer mandatory quarantines following the height of the pandemic.

However, Defense Suicide Prevention Office Acting Director Liz Clark said it was unclear whether there was a link between the two.

“It’s difficult for us to say definitively that is what caused the decrease in suicide rates this year,” she said. “… But also we know that the period of COVID was very stressful for the country. I mean, I think it was stressful for everyone.”

National Guard and Reserve troop suicides were mostly comparable to active-duty rates last year, with 26.4 National Guard members and 21.2 reservists per 100,000 dying by suicide in 2021. 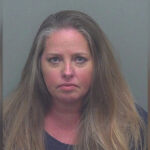 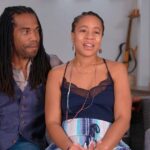 Ashley, Dimitri Snowden Back Together