WELLS, Maine — Neighbors of accused Islamist radical Trevor Bickford were shocked when FBI agents raided his family home in their sleepy New England town — and stunned by allegations that the “quiet” local boy attacked NYPD cops with a machete on New Year’s Eve.

“There was no indication here that that sort of thing was going on,” next-door neighbor Ken Creed told The Post on Monday.

“Without sounding racist, we don’t have a lot of that,” Creed said. “And I’m not aware of any influences like that in Wells.”

FBI agents showed up at the quiet, two-story home on Alpine Drive shortly after Bickford, 19, was shot in the shoulder after allegedly slashing three cops with a machete in Times Square on Saturday night.

The teen was already on a federal terror watchlist, sources previously told The Post.

It was a surreal turn of events for the quiet former honor student who was once a member of the Wells High School championship football team and was the recipient of a school art award for his jewelry creations.

Locals said he worked as a groundskeeper at the nearby Old Marsh Country Club, about five minutes from his family’s home.

“A typical news day but closer to home,” said a local named Rick, who declined to give his last name but said he has lived in Wells for 25 years and knows Bickford’s family.

One local high schooler described Bickford as “normal” and “quiet.”

Sources said Bickford “found religion” after his father’s overdose death in 2018, and became a radicalized Muslim as recently as a month ago.

But as he became more extreme in his views — including indicating a desire to go fight in Afghanistan alongside Islamic militants — his own mother and aunt tipped off the feds about the increasingly troubled teen, landing him on the FBI’s terrorism “Guardian Watchlist,” according to the sources.

On Sunday, federal agents arrived in the afternoon to search the Alpine Drive home, but were gone by Monday morning.

“The FBI was conducting authorized activity in connection with an ongoing federal investigation. To protect the integrity of the investigation, we’re going to decline further comment,” FBI spokeswoman Kristin Setera told The Post.

The waterfront resort town of just over 11,000 residents is an unlikely place for FBI scrutiny.

Wells boasts a quaint Main Street with boutiques and restaurants that cater to tourists. The town’s attractions include the picturesque Moody Beach as well as a popular conservation center, the Wells Reserve at Laudholm.

Bickford, who grew up in town with his mom, stepdad and two brothers — one of them a US Marine — remained at Bellevue Hospital on Monday, when he was charged by the NYPD with attempted murder and assault over the ambush.

Sources told The Post Sunday that Bickford traveled to New York on an Amtrak train, arriving on Dec. 29, and appeared to have been a lone wolf. He had packed camping gear, a diary and a last will and testament — as well as the weapon, a type of machete known as a Gurkha, according to sources.

He allegedly told the feds after his arrest that he hatched the violent plan as recently as Friday, and made statements that he wanted to attack a uniformed officer or someone armed because they are the “enemy of the state,” according to the sources.

In a handwritten manifesto, Bickford allegedly urged his family to “please repent to Allah and accept Islam,” according to sources. 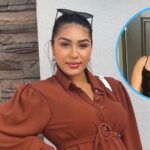 Photos of the Stunning Moms 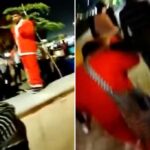 Santas beat up by Hindu nationalists at Indian carnival: report