Police cited a male trespasser at former President Donald Trump’s Mar-a-Lago estate Thursday, prompting the Secret Service to carry out a sweep of the Florida resort.

Palm Beach officers descended on the property just after 8 a.m. following reports a man was refusing to leave.

“At 8:08 this morning, we had a male subject that was stopped at one of the gates refusing to leave the property,” Capt. Will Rothrock told The Post in a statement.

“We responded, spoke briefly with him, and he was issued a written warning for trespass and he left the area so there wasn’t an incident report or anything associated with it.”

It wasn’t immediately clear why the unidentified man initially refused to leave Trump’s estate. The incident was first reported by Fox News.

The Secret Service, which alerted cops in the first place, conducted a search of the property in the wake of the incident.

Police described it as a “routine trespass complaint.”

“And by routine, I don’t necessarily mean like routine for Mar-a-Lago, just there was nothing really out of the ordinary about it,” Rothrock said.

It was not immediately clear whether Trump was at the resort at the time. The 45th president was due to address an Iowa rally supporting GOP Gov. Kim Reynolds and Sen. Chuck Grassley on Thursday night.

The Mar-a-Lago incident comes less than a week after David DePape, 42, allegedly broke into House Speaker Nancy Pelosi’s home and brutally assaulted her husband, Paul, with a hammer.

Police say DePape broke into the Pelosis’ mansion in San Francisco and shouted, “Where is Nancy?”

He then allegedly woke her husband and fractured his skull with the hammer.

The House speaker was in Washington at the time of the attack. 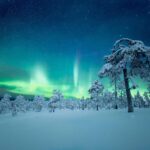 Ten things to do in Lapland in the winter 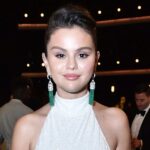