The man, whose name was not released, was working on a property in the city of Menlo Park when he fell shortly before 1 p.m., police said.

“When police units arrived on scene, a male subject was found deceased from injuries sustained from the incident,” the statement read.

Video of the scene shows police and firefighters in a shaded area with a yellow tarp covering part of the wood chipper.

The incident is now under investigation by the California division of Occupational Safety and Health (Cal/OSHA).

Agency officials said the worker was an employee of S.P. McClenahan, a branch of Bartlett Tree Experts, KTVU reported.

Local residents said they were shaken by the sudden tragedy.

“We’re really sad. We’re trying to imagine what the poor family and their fellow workers are feeling. And it’s just, it’s a lot. We just feel terrible.”

Mitchell said that S.P. McClenahan’s services were commonplace in the tree-lined neighborhood.

“We see a lot of their trucks. So, I can only imagine what they’re feeling, because I’m sure they treat their employees like family and it’s just, it’s awful,” she said.

“So, when I came home around 2:30 p.m., the street was completely blocked off. And so we thought maybe something had happened to one of our neighbors.”

S.P. McClenahan and Cal/OSHA did not immediately respond to request for comment. 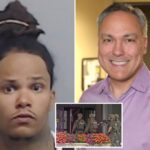 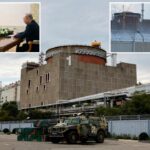