Millions of Americans woke up in the dark to a dangerously windy and white Christmas following a brutal winter storm that affected more than half the country and killed at least 18 people.

Some 60% of the US population was under a winter weather advisory or warning this weekend and much of the eastern half of the country was grappling with temperatures that were far below normal.

In Western New York, snow was falling at a rate of three inches per hour and a driving ban was in effect in Erie County Sunday morning, according to The Buffalo News.

At least three people in the region had been killed by blizzard conditions that were exacerbated by wind gusts as high as 79 miles per hour on Friday, creating “zero visibility,” according to the National Weather Service.

Wind gusts had slowed to 40 miles per hour Sunday but 4 to 5 feet of snow were predicted in the city through Sunday night, and more than 28,000 homes were without power on Christmas morning, according to Poweroutage.us.

The dangerous and potentially record-breaking conditions were caused by a bomb cyclone — which occurs when atmospheric pressure plummets and cold air collides with warmer moist air to explosive effect.

Emergency responders had been stifled by the fast-falling snow, and nearly every fire truck in the city had been stranded, Gov Kathy Hochul said. Snow drifts in the city were as high as 6 feet.

Erie County Executive Mark Poloncarz said ambulances were taking three hours per trip, and that the extreme weather event might be “the worst storm in our community’s history.”

“Many, many neighborhoods, especially in the city of Buffalo, are still impassable,” he warned.

“It’s like a Category 3 hurricane with a bunch of snow mixed in,” Chief Tim Carney of the Erie County Sheriff’s Office told the newspaper of the brutal conditions.

Buffalo was so hard-hit by the storm that its police department on Sunday urged any residents with a snowmobile to reach out to assist in search and recovery efforts, according to a tweet from a Buffalo News reporter.

Jeremy Manahan braved the snow and cold to charge his phone in his car after spending nearly 30 hours without electricity.

“There’s one warming shelter, but that would be too far for me to get to. I can’t drive, obviously, because I’m stuck,” Manahan said. “And you can’t be outside for more than 10 minutes without getting frostbit.”

Ditjak Ilunga of Gaithersburg, Maryland, was taking his family to Canada for the holidays when their vehicle got stuck in Buffalo Friday. They spent hours in the vehicle trying to stay warm, until it was nearly buried in snow.

By Saturday morning, the SUV was almost out of gas, and Ilunga carried his 6-year-old daughter Destiny to a nearby shelter while Cindy, 16, and their Pomeranian puppy followed in his footsteps.

“If I stay in this car I’m going to die here with my kids,” he recalled thinking. When the desperate gambit paid off, and the family arrived at the shelter, Ilunga cried.

“It’s something I will never forget in my life,” he said.

The prolonged effects of Winter Storm Elliot were felt from coast to coast, with power down in communities from Maine to Washington state.

The cold weather was felt all the way from Canada to Mexico, and migrants waiting on a Supreme Court decision on a pandemic-era ruling that had expelled them from entering the country were camping out near the border in sub-freezing temperatures.

On the Ohio Turnpike, four people died in a pileup involving more than four dozen vehicles, and four others died in car crashes in Missouri and Kansas.

The cold weather killed an apparently homeless man in Colorado, and a woman died in Wisconsin after falling through river ice. A Vermont woman was killed when she was hit by a falling tree branch, and an Ohio utility worker was electrocuted.

Blizzard and travel warnings were in effect in Montana and parts of Idaho through Christmas Day.

As of 7:30 a.m., 2,735 flights had been canceled on Christmas morning and 5,519 flights were delayed from coast to coast, according to the flight tracking website FlightAware.

More than 91,000 homes and businesses were in the dark in Maine Christmas morning, and restoration for many could be days away, according to utility crews.

Still, even as a major utility warned of rolling blackouts that could affect 65 million people in the eastern US, crews had worked to turn the juice on for hundreds of thousands of people in time for Christmas morning.

Many stranded arrivals at the Truth Urban Ministry in Buffalo on Christmas Eve had ice and snow plastered to their clothes, as their faces were frozen red by temperatures in the single digits.

“It’s emotional just to see the hurt that they thought they were not going to make it, and to see that we had opened up the church, and it gave them a sense of relief,” shelter worker Vivian Robinson said.

“Those who are here are really enjoying themselves. It’s going to be a different Christmas for everyone.” 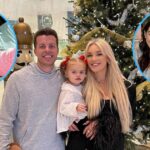 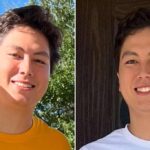