A Qatari princess was granted asylum in the UK over fears that they would be persecuted for being transgender.

Leaked documents obtained by the Sunday Times of London show that the princess, who is a member of Qatar’s ruling Al Thani family, told Britain’s Home Office — the government agency responsible for immigration and security — how difficult their upbringing was.

“I am born a female but was male on the inside. Being gay in Qatar is considered punishable by law and death,” the princess wrote. “Qatar is extremely strict in Sharia.”

The leaked documents show that the princess escaped during a family trip to London in the summer of 2015 and went into hiding with their girlfriend.

In their application for asylum, the princess included two letters that described how they had been “depressed ever since I can remember simply because my outside never matched my inside.”

The princess also wrote about their dream to run away from the country’s ruling family.

“I felt as though my life had been thrown in the garbage,” they wrote. “I never wanted to marry my male cousins like the rest of my family. I am terrified for what my brothers are about to unleash. I am scared.”

Qatar’s ban on homosexuality has been a hot-button issue throughout this year’s World Cup, where seven European teams were barred from wearing anti-discrimination “One Love” armbands by FIFA.

Homosexuality is punishable by up to three years in Qatari prison. A report from Human Rights Watch published in October found that there were cases Qatari security forces members arresting LGBT people and subjecting them to “ill-treatment and detention” without reason. 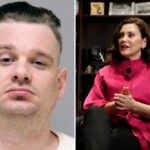 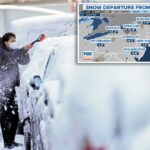