A photo tweeted by California Highway Patrol showed the tractor trailer mangled and on its side, splayed into the opposite lane of traffic.

Traffic was shut down completely in both directions on the bridge shortly after 7 p.m. local time as crews removed the truck, and the mess was cleared completely just after 8 p.m., according to CHP.

The Golden Gate Bridge was struck by lightning earlier Saturday afternoon, dramatic video from the NWS shows, as storms continue to inundate California.

Since late December, California has been drenched with more than 30 inches of rainfall, with some estimates surpassing 40 inches near Santa Barbara, according to Fox Weather senior meteorologist Greg Diamond. Over 26 million Californians were under flood warnings on Saturday.

The torrential onslaught caused mudslides that closed roads in Fremont and the swollen Salinas River swamped farmland in Monterey County.

Aside from a light sprinkle and some snow across far Northern California on Thursday, most residents across the state can expect extended dry days starting mid-week, he said.

At least 19 storm-related deaths were recorded so far. A 5-year-old boy remains missing after being swept away from his mother in floodwaters. 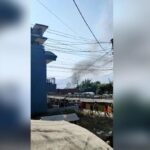 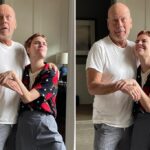