Chilling footage shows a tourist in Brazil on a zipline ride that went tragically wrong when a pole supporting the cable collapsed and he fell to his death.

The horrifying incident was caught on camera from multiple angles as it was being recorded by both the victim, Sergio Murilo Lima de Santana, and his partner, who was on the ground.

De Santana, 39, was gliding down the attraction at the Canoa Quebrada resort in Aracati on Oct. 10 when its support structure suddenly collapsed, causing him to plunge down into the sand below with a thud, video showed.

He was taken to a local hospital where he was pronounced dead on arrival.

Aracati officials subsequently banned all ziplines in the city and police were investigating the resort. The fatally faulty zipline had last been inspected in March, officials said. 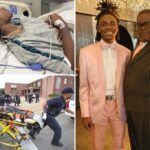 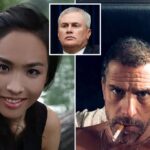