Five people were killed when a gunman stormed into a condo board meeting in Toronto, Canada on Sunday and opened fire, cops said.

The gunman was shot and killed by police at a condo in Vaughan, Ontario after going on his murderous rampage, according to Chief James MacSween of York regional police.

“Horrendous scene,” MacSween said. “Six deceased. One of them is the subject. The other five are victims.”

In addition to the five dead, one other person was struck by gunfire and was recovering at a hospital on Sunday night.

The chief said there was no further threat to the community and was hoping to get residents back into the building after a special unit’s investigation is concluded.

The gunman’s identity was not released late Sunday and a motive for the violence was unknown.

Mass shootings are rare in Canada and Toronto has long prided itself as being one of the safest big cities in the world.

In 2020, shortly after a gunman shot and killed 13 people in Portapique, Nova Scotia, Canada banned more than 1,500 models of “assault-style” firearms and components, and set limits on how destructive bullets could be.

The rate of death per person by firearm is far lower than in the US, which has more lax gun laws.

A 2021 analysis by the University of Washington’s Institute for Health Metrics and Evaluation (IHME) said Canada’s rate of firearm homicides is 0.5 per 100,000 people, versus the United States’ rate of 4.12. 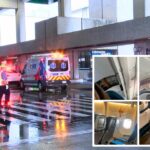 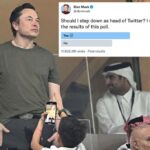 Twitter users vote for Elon Musk to resign as CEO