A dangerous, multiday severe weather outbreak began its trek across the South on Monday, bringing a few damaging tornadoes to the region, including to a high school in Arkansas while classes were still in session.

You can see in the three-hour radar loop below that a line of strong to severe storms is pushing east across the region on Tuesday morning, prompting a few Severe Thunderstorm and Tornado warnings.

Likely tornado strikes were reported in Arkansas and Louisiana Monday afternoon and evening. This included an apparent tornado that twisted its way through Jessieville High School near Hot Springs, Arkansas, where classrooms and adjacent homes were damaged as bleachers were tossed about and stadium light poles were snapped in half.

As the storms moved east late Monday night and early Tuesday, tree damage from a possible tornado was reported in West Tennessee near the city of Brownsville, some 60 miles northeast of Memphis.

Tuesday morning, a suspected tornado caused damage to structures and trees in DeSoto County, Mississippi, near the state’s border with Tennessee.

National Weather Service meteorologists will send survey teams out to confirm whether the damage from these storms was caused by tornadoes or damaging straight-line winds.

The severe weather threat will move east on Tuesday, with the highest risk located across southeastern Louisiana through southern Mississippi and central and southern Alabama. The most likely area for strong tornadoes includes the cities of Baton Rouge in Louisiana, Montgomery in Alabama and Gulfport in Mississippi.

However, severe storms packing damaging winds, large hail and a few tornadoes are possible over a larger area extending from the central Gulf Coast into the Tennessee Valley.

Like Monday, strong tornadoes will be possible with these storms, especially if they can develop into individual supercells as opposed to bunched in a line. These storms will last into the overnight hours before gradually weakening early Wednesday morning.

Now is the time for people in the region to review their tornado safety plans and ensure they have a reliable way to receive severe weather alerts when issued.

On Wednesday, some severe weather potential will linger across parts of the Southeast, especially across Middle and South Georgia, the Florida Panhandle and far southeastern Alabama.

The storms will exit the Eastern Seaboard by Thursday, ending the severe weather threat.

The areas that have been highlighted for severe weather early this week are nearly the same areas ravaged by tornadic storms in late November and mid-December.

Nearly 80 Tornado Warnings were issued from eastern Texas into Alabama and the Florida Panhandle between Nov. 29 and Nov. 30. Several people were killed during the outbreak, including a mother and her young son in Alabama.

A couple of weeks later, there were about 50 reports of tornadoes between Dec. 13 and Dec. 15. More people were killed during this outbreak, including a mother and her young son – this time in Louisiana. 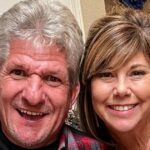 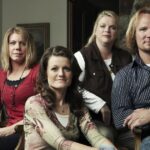 Sister Wives’ Kody Is ‘Looking’ for New Wife After Splits