Nothing but love. Little People, Big World star Tori Roloff shut down feud rumors with Audrey Roloff by revealing the gift her sister-in-law bought for her daughter Lliah’s birthday.

Tori, 31, took to her Instagram Stories on Sunday, November 20, to share a video of Lilah, 3, twirling for the camera as she showed off her new pink floral backpack from Audrey, 31.

“@audreyroloff just when we thought she couldn’t be more of a mood you go and buy her a backpack,” Tori wrote on the clip.

The TV personality shared the post amid speculation that the sisters-in-law don’t get along despite being married to twins Zach Roloff, 32, and Jeremy Roloff, 32.

While Tori and Audrey don’t regularly interact on social media, fans believe the alleged feud is due to Zach and Jeremy’s strained relationship. The twins haven’t always seen eye to eye, while they both previously expressed interest in buying their family farm, Roloff Farms, from their father, Matt Roloff.

In June, Audrey revealed that she and Jeremy put an offer in on the property but were shut down by Matt, 61.

Meanwhile, fans of the TLC show watched Zach’s heated negotiations with their father over buying the farm during season 22.

“When Zach and I finally sat down, we were really in very different camps about what kind of a deal could go on,” Matt said during a confessional about the failed deal. “Zach came in real hot. He didn’t come in to negotiate. He came in to demand.”

Matt later decided to put a portion of the property on the market in May for $4 million instead of passing it down to one of the four children he shares with his ex-wife, Amy Roloff.

However, the Roloff patriarch had a change of heart and took the property off of the market. In October, he announced his plans to convert the family’s longtime house on Roloff Farms into a rental property.

During LPBW’s season 24 premiere in November, Tori and Zach revealed that they had a strained relationship with Matt and his girlfriend, Caryn Chandler, after he put a portion of the farm on the market. The couple said the family farm had a “hostile environment” that it is “no longer a place of joy,” adding that they had “no plans” to introduce their youngest son, Josiah, to Caryn, 55.

Caryn later revealed she and Matt were estranged from Zach, Tori and their kids. “I’m hoping that it’ll just … one day we’ll start to talk again, something will come up,” she said in a confessional. “I know Matt’s working on his relationship with them and as that foundation gets rebuilt, I think it’ll be easier for us.” 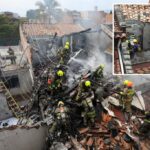 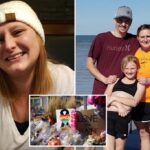