Throwing shade? Little People, Big World star Tori Roloff gave a shout out to her mother-in-law, Amy Roloff, on Thanksgiving amid her feud with Matt Roloff and Caryn Chandler.

After Tori, 31, took to her Instagram Stories on Thursday, November 24, to reveal that she had to cancel her plans to host Thanksgiving dinner because she was sick, she acknowledged the family members that stepped in to make the holiday special.

“I am so grateful for my husband and mother-in-law,” she wrote alongside a photo of Zach Roloff with their kids Jackson, 5, Lilah, 3, and Josiah, 6 months. “They both pulled through to make sure our kids got a turkey dinner.”

Pointing out that her youngest child looked upset in the photo, Tori added, “Josiah’s just mad that no one would share the pie with him.”

Tori thanked Amy, 60, for helping amid her and Zach’s ongoing feud with Matt, 61, and his girlfriend, Caryn, 55.

The Roloff patriarch previously revealed it was his dream to pass down Roloff Farms to his children Zach, 32, Jeremy, Molly and Jacob. After Jeremy’s offer to purchase the farm fell through in May 2020, Zach made his own offer one year later. However, drama ensued when Matt didn’t accept Zach’s offer to buy Roloff Farms during season 22 of the family’s reality show.

When it became clear that Zach and Tori would not be sold the land, they moved from Portland, Oregon, to Battle Ground, Washington, in October 2021.

Matt later decided he was open to selling a portion of the farm to an outside buyer. He put 16 acres up for sale, which included the family home, in May 2022, In Touch confirmed at the time. However, he then took down the sales listing and announced his plan to convert the family’s longtime house into a rental property in October.

During the season 23 premiere in May 2022, Zach and Tori revealed they were estranged from Matt and Caryn after the farm was put up for sale.

Caryn later shared her side of the story during the May 17 episode. “​​I know Matt’s working on his relationship with them and as that foundation gets rebuilt, I think it’ll be easier for us,” she said during a confessional. “This whole thing has been very painful. Still painful. I miss the kids every day. I just… I don’t have the tools to fix it.”

Zach and Tori speculated that Caryn was involved in Matt’s decision to not accept their offer on the farm.  “[Matt and Caryn] still think they have done nothing wrong,” Zach said during a November 8, 2022, episode.

The father of three added, “Like, my dad put her in a situation also where it’s like, ‘You got into family business here.’ Family is always going to be different than when somebody rubs you the wrong way.” 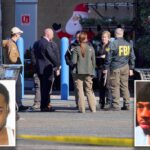 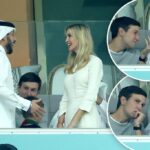