A top Space Force official is reportedly still on the job after allegedly keeping sex toys in his office and wearing a mankini – over his clothes – at an office holiday party.

Andrew Cox, who heads the Space Warfighting Analysis Center, got a letter of reprimand and lost bonus pay, as well as a shot at a federal award, after an internal probe into numerous complaints — including one worker’s claim that when Cox isn’t focused on work, “[he] is … acting like a 13-year-old boy,” the Air Force Times reported.

The Air Force inspector general’s office launched an investigation in late 2020 that lasted six months and backed up multiple allegations of unprofessional and off-putting antics, according to the outlet.

The Air Force Times said it got a redacted copy of the IG report Wednesday.

According to the report, during a 2018 office holiday party, Cox wore a green mankini — a skimpy bathing suit popularized by the 2006 movie “Borat” — over his clothes in front of colleagues and their families.

“It was chartreuse green, and he brought it out into the main area,” one person said of the outfit when it was allegedly worn in another instance, according to the Air Force Times. “He [told us he] put it on in front of his wife and bent over and said, ‘Honey, how do you like this.’”

In 2017, when Cox got a gag gift of an aluminum case — with handcuffs, Vaseline, oils, sex toys and lockable “hot pants” inside — it stayed in his office, the Air Force Times reported.

“The silver case came up in the conversation, which prompted Mr. Cox to go next door to his office and return with the silver case, placing it open on the table,” the IG report states about a meeting that included Cox, according to the Air Force Times.

Cox also kept a framed pair of glittery silver pants in his office that he got in 2013, around the time he became director of the Pentagon’s Space Security and Defense Program, the outlet reported.

He hung up the framed pants behind his office door with a note: “Break here in the event of an emergency,” the publication reported.

Originally a 30-day suspension was proposed, but instead Cox was denied bonus pay of more than $27,000 and lost the chance to win a federal award that would’ve clinched about $40,000, the outlet reported.

Cox reportedly appealed the probe’s findings and the Air Force pulled back three of the six misconduct allegations, thought it’s unclear which ones.

Still, his alleged behavior was enough for one female contractor who worked for the Space Warfighting Analysis Center to quit in October 2020 because she felt “ostracized and uncomfortable” the report states.

Cox also allegedly made inappropriate comments at the office where he talked about male genital piercings and oral sex in public, the outlet reported, citing the IG report.

He also reportedly used “that’s what she said” jokes that sexualized comments meant to be mundane.

“He has a leadership style where he likes to bring everybody in, kind of take the problem apart … and have lots of people in the room,” one complainant reportedly said. “When he’s not talking business, [he] is … acting like a 13-year-old boy.”

He reportedly became the leader of the Space Force’s Warfighting Analysis Center in April 2021. 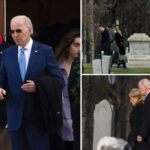 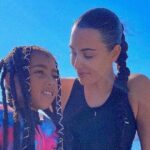