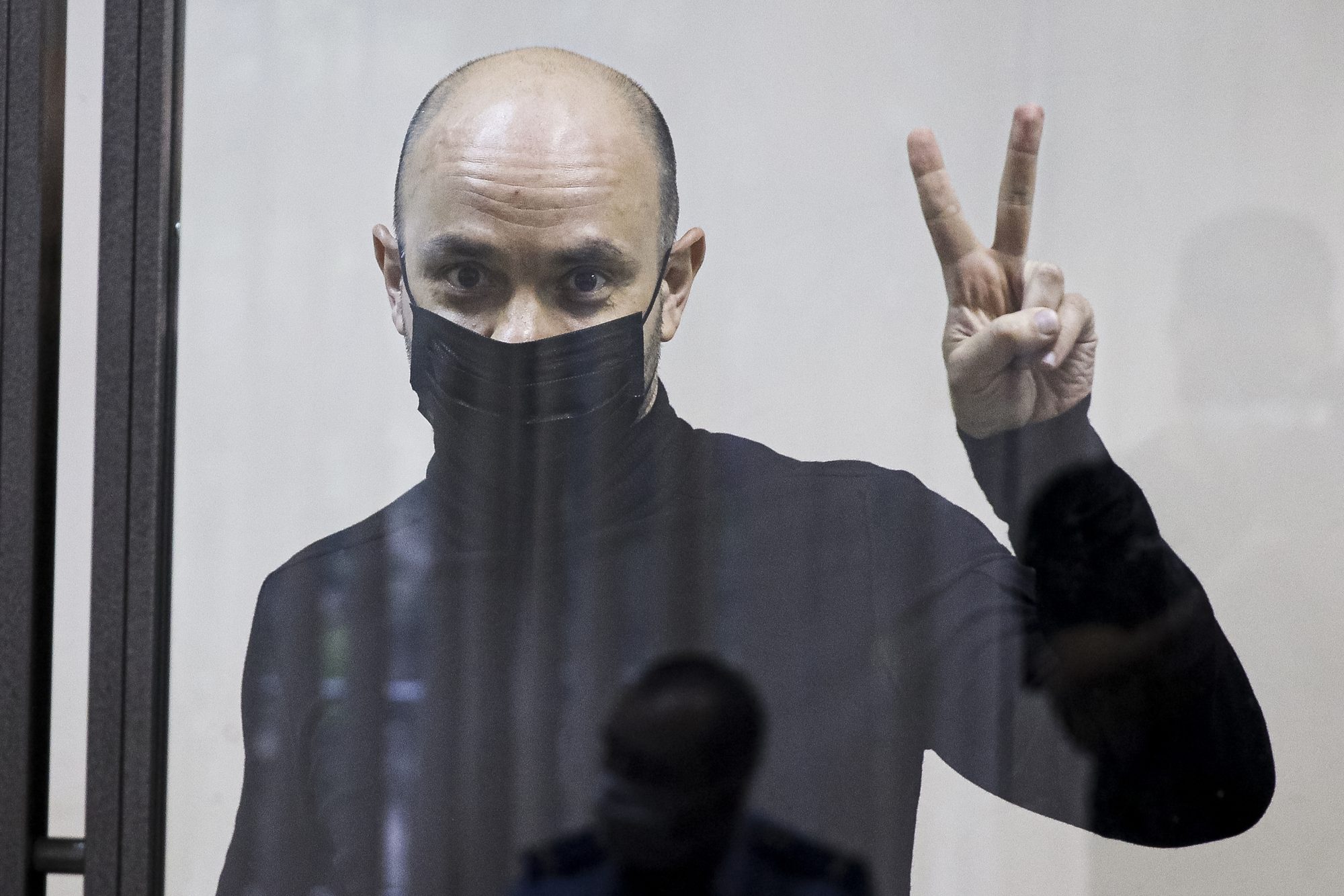 A Russian court on Friday sentenced a top opposition figure to a years-long prison term, the latest move in the Kremlin’s multi-pronged crackdown on opposition activists, independent media and rights groups.

Andrei Pivovarov, former head of the Open Russia group, was sentenced to four years in prison by a court in the southern city of Krasnodar. Pivovarov was charged with “directing an undesirable organization,” a criminal offense under a 2015 law. He has maintained his innocence and has insisted that the charges against him were brought because of his plans to run for parliament in September 2021.

Pivovarov’s jailing and prosecution came as part of a sweeping effort by President Vladimir Putin’s government to stifle any and all dissent in Russia. It kicked off with the arrest and jailing of opposition leader Alexei Navalny in January 2021. Since then, dozens of opposition activists have faced prosecution and pressure from the authorities. Many have left Russia, while others have been imprisoned.

The clampdown intensified after Putin sent troops into Ukraine on Feb. 24, with the remaining Kremlin critics facing charges for publicly denouncing the war. Earlier this week, a court in Moscow remanded another top opposition figure, Ilya Yashin, in custody pending investigation and trial on the charges of spreading false information about the Russian military. Yashin was one of the few prominent opposition politicians who haven’t left Russia.

Pivovarov was pulled off a Warsaw-bound plane at St. Petersburg’s airport just before takeoff in May 2021. He was taken to the southern city of Krasnodar, where he was accused of supporting a local candidate on behalf of an “undesirable” organization. The charges were based on his social media posts supporting independent candidates in Krasnodar’s municipal election.

Pivovarov rejected the charges and noted that the criminal case against him was opened two days after Open Russia shut down. The group disbanded to shield members from prosecution after it was designated an “undesirable” organization.

Commenting Friday on his sentence, Pivovarov’s close ally Tatyana Usmanova vowed in a Facebook post that the fight for his freedom will continue. “An appeal, cassation and the Supreme Court are ahead, we will fight on,” Usmanova wrote.

The Prosecutor General’s office told Russia’s state news agency Tass that the investigative group Bellingcat and the Russian online outlet The Insider, as well as the Czech nonprofit CEELI Institute, “pose a threat to the foundations of the (country’s) constitutional order and security.”

The Insider, a news outlet registered in Latvia, has worked with Bellingcat on high-profile cases such as the nerve agent poisonings of former Russian spy Sergei Skripal and Russian opposition leader Navalny. The websites of both have been blocked in Russia since the beginning of the war in Ukraine.

Since Russia invaded Ukraine, Russian authorities have blocked dozens of news sites and taken renowned critical radio station off the airwaves. The websites of several foreign news outlets have also been blocked in Russia, as Moscow sought to control the narrative of what it calls a “special military operation” in Ukraine.

How Khloe Kardashian’s Daughter True Will ‘Adapt’ to Baby No. 2

Bodies of migrants who died in Texas trailer come to Mexico