Todd and Julie Chrisley have begun serving their respective prison sentences following their bank and tax fraud convictions. “They have both reported to their respective prisons as directed,” the couple’s representative, Alexa Garcia, told In Touch in a January 17, 2023, statement. Keep reading for details on where they are serving their time and how they’ll spend their days in prison.

Where Is Todd Chrisley Serving His Prison Sentence?

How Will Todd Chrisley Spend His Days In Prison?

Todd will not be confined to his cell all day and will work a prison job in the mornings and afternoons. He has a 4:45 a.m. wakeup call, followed by making his bed and making sure his cell area is neat and clean. He will then eat breakfast with fellow inmates between 5 a.m. and 6 a.m.

The Chrisley Knows Best alum could be assigned any type of prison work ranging from landscaping, housekeeping and laundry, library duty or other jobs that help keep the prison running. He’ll eat lunch at 11 a.m., while dinner is served for an hour beginning at 4:30 p.m. He’ll have time in the evening to read, watch TV and play games, and even enjoy movie nights with his fellow inmates. Todd will have a nightly 10 p.m. lights out bedtime.

Since FPC Pensacola is a minimum security facility, inmates are allowed to participate in outdoor team sports including softball, soccer and basketball. The federal prison camp even has its own gym, track and racquetball courts. Todd will also have access to learning such skills as woodworking and other trades, in addition to pursuing academic studies while incarcerated.

If any of his children want to visit Todd behind bars, he can have up to five visitors at a time on Friday evenings and during the daytime hours on Saturday and Sunday.

Where Is Julie Chrisley Serving Her Prison Sentence?

The former USA network star began serving her seven-year sentence at the Federal Medical Center (FMC) Lexington in Lexington, Kentucky, on January 17, 2023. She was originally scheduled to serve her time at FCI Marianna SCP in Marianna, Florida, which is only two hours away from Todd’s prison, but her destination was later reassigned.

The administrative security medical center houses 1,286 male and female prisoners, while 245 inmates stay at a nearby minimum security prison camp. The housing units include “basic hygiene furnishings, shower facilities, a TV area and a multipurpose room,” according to prisonpro.com.

How Will Julie Chrisley Spend Her Days In Prison?

Like Todd’s facility, Julie will have access to educational and vocational programs, arts and crafts activities and sporting opportunities. Prisoners can also keep busy by working in the Federal Prison Industries’ UNICOR program, which “allows inmates the opportunity to work in a customer service center or an electronics factory.”

If Julie ends up in the FMC part of the prison, she’ll have access to visitors from 2:25 p.m. to 8:30 p.m. on Mondays, Thursdays and Fridays, in addition to weekends between 8:30 a.m. to 3:00 p.m. The camp has fewer visiting hours, with friends and family allowed on Friday evenings and the same weekend schedule as the FMC. Physical contact such as kissing and hugging is only allowed at the start and end of each visit.

Why Are Todd and Julie Chrisley In Prison? 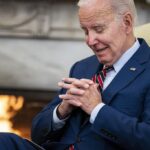 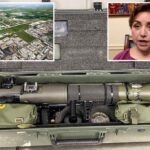