NASHVILLE, Tenn. — It was a crisp fall day when biologist Bernie Kuhajda drove to a nondescript trickle of water running through a Middle Tennessee cow pasture to try to keep a small, brightly colored fish from becoming extinct.

The trickle — little more than a few big mud puddles — was one of the last bodies of water left with a population of Barrens topminnows, and it was drying up.

So Kuhajda and his team donned waders and dragged a large sieve through the muddy pools, collecting 64 of the small, iridescent killifish to take back to the Tennessee Aquarium, where they maintain an “ark population” as a hedge against their possible disappearance in the wild.

“If we hadn’t rescued these 64, this entire genetic population of Barrens topminnows would have disappeared,” Kuhajda said. “This species would have been one step closer to extinction, and it’s not many steps away now.”

That was in 2016, and though those fish were saved, the fate of the species is far from certain.

The Barrens topminnow spent more than 40 years in endangered species limbo — under an on-and-off review in which the fish’s chances of being saved suffered from the acrimony created during a highly-publicized fight to save another tiny Southeastern fish, the snail darter. The topminnow was finally given federal protection in 2019, but its future is still in doubt partially because the US Fish and Wildlife Service has not defined its critical habitat — the areas that must be protected in order for it to recover.

Over the decades, its distribution has diminished to a handful of springs and streams around Manchester, where the annual Bonnaroo music festival is held. In that time it has been both the victim of political backlash against the Endangered Species Act as well as the beneficiary of herculean efforts to prevent its extinction.

One of its champions is biologist Pat Rakes, who researched the Barrens topminnow for his master’s degree thesis at the University of Tennessee, Knoxville, and now co-directs the nonprofit Conservation Fisheries. That is one of several institutions that has maintained ark populations. Rakes said there are many good reasons to protect a small fish that many people might deem unimportant, and perhaps the best is because all aquatic animals and plants work together to keep the ecosystem healthy.

As Rakes puts it, “You don’t throw away any parts if you are tinkering with the machine, or you might not be able to put it back together.”

Barrens topminnows grow to about 4 inches (10 centimeters) and live about three years. They eat bugs and small aquatic animals. The breeding males are brightly colored with red-orange spots on an iridescent blue-green body and bluish fins with yellow and black edges.

Townsend is an attorney with the Center for Biological Diversity, which recently threatened to sue the wildlife service over its failure to designate critical habitat. The service has asked for patience, writing on Sept. 7 that it is “working diligently” and expects to submit a proposed critical habitat by the end of the year.

Barrens topminnows are named for where they live — Tennessee’s Barrens Plateau, so called for the relative lack of trees. Small waterfalls and cascades isolate the waters of the plateau, keeping downstream fish from invading the topminnow’s territory. But sometime in the 1960s or 1970s, the Western mosquitofish was introduced in a misguided effort to control mosquitos — they eat mosquito larvae, but so do Barrens topminnows. Everywhere the mosquitofish has been introduced, the topminnow has disappeared.

Recognizing the threats of habitat loss from farming and development as well as predation by mosquitofish, the Fish and Wildlife Service first proposed listing the Barrens topminnow as endangered in 1977. That was shortly after the Endangered Species Act was passed. It was also smack in the middle of the acrimonious snail darter battle that held up construction of a Tennessee Valley Authority dam for over two years.

The snail darter fight weakened public and political appetite for listing another small Tennessee fish as endangered. The listing stalled, with the Barrens topminnow popping up occasionally in the National Register over the ensuing decades as being under review.

In the 1990s and 2000s, the Fish and Wildlife Service inked conservation agreements with farmers like Raymond Cooper that sought to protect topminnow habitat by fencing cattle out of the few springs where they still lived. Cooper said in a telephone interview that he still has his cattle fenced out, even though the agreement has expired, because it was the right thing to do “for the stream’s sake.”

“As far as I know, it’s still hatching topminnows,” he said. “As long as I own the farm, it will be protected. But at 79, I’m not going to own it forever.”

Barrens topminnows might have gone extinct already if it weren’t for the efforts of biologists like Kuhajda to collect them, breed them in captivity, and return them to the wild in an attempt to reestablish viable populations.

The struggle to save the Barrens topminnow is bigger than just one little fish, Kuhajda said. The American Southeast has the greatest aquatic biodiversity of anywhere in the temperate world, with an amazing array of fish, mussels, aquatic snails, crawdads and aquatic insects, like mayflies and dragonflies.

“It’s part of our natural heritage here in the Southeast and most folks don’t know about it,” he said. “Most of these animals you find nowhere else except right here. It’s something to be proud of.” 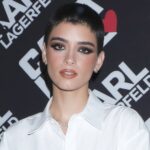 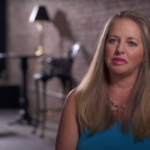