One of the most well-known dating apps has added a new feature to keep up with modern romance movements.

Tinder announced on Thursday that it was rolling out a feature called Relationship Goals, where suitors can outline what they’re looking for.

All users have to do is head to their settings and choose from six options, including; long-term partner, long-term, open to short, short-term, open to long; short-term fun; new friends; or still figuring it out.

A prompt will pop up every week to ask users if their chosen goal is still what they want.

Users will also be able to see what potential matches have selected.

A spokesperson said it was developed in response to a shift among members.

“Young singles, who make-up a majority of Tinder, are increasingly becoming more intentional with who they spend their time with,” said Kyle Miller, Vice President of Core Product at Tinder.

“In fact, 72 percent of Tinder members said they’re looking for someone who knows what they want.

“Relationship Goals gives members more control over their interactions and allows them to match with more intention, without missing out on a connection they wouldn’t have made anywhere else.”

Tinder’s 2022 Year in Swipe showed while singles are looking for qualities such as open-mindedness, respect and loyalty, 50 percent were looking for “situationships”.

A “situationship” is a complicated relationship where you’re more than a hook-up, but not quite a couple.

It comes after Hinge – which belongs to the same parent company, Match Group, that owns Tinder, PlentyOfFish and Ok Cupid – launched a similar feature.

Hinge included a “relationship type” addition where people can reveal if they are looking for or are in a non-monogamous relationship, looking for monogamy or are unsure of what they are comfortable with.

At this stage, users can’t use this feature to filter out based on relationship type like they can with things such as gender or age.

While a staggering 86 percent of people claim to want monogamous relationships, there is an emerging trend for this dating style – also known as ENM or polyamory – among the LGBTQIA+ community and Gen Z.

Essentially, the relationship style takes on many forms but, at it’s core, is the idea that both partners in a relationship experience romantic or sexual attraction to more than one person and act on it.

Logan Ury, the director of relationship science at Hinge, told news.com.au there are many misconceptions about non-monogamy, such as it means cheating or people practicing have commitment issues.

She added that just because you’re in this relationship style doesn’t mean you can’t cheat – with every relationship there are rules and boundaries.

Ms Ury added there also needed to be clear boundaries and research before embarking into non-monogamy. 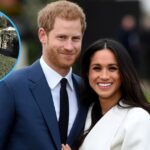 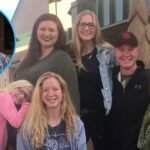