The face of a red mini-wave in New York on Election Day says it’s time for the Republican Party to ditch former President Donald Trump and back another candidate for the White House in 2024.

“I would certainly like to see the party move forward. There are a lot of rising stars,” Congressman-elect Mike Lawler — who rocked the political world by defeating Rep. Sean Patrick Maloney, the Democratic Congressional Campaign Committee chairman — told The Post Thursday.

“Gov. Ron DeSantis has energized voters in the state of Florida. It’s always good to have new voices,” added Lawler, an assemblyman who will represent the Hudson Valley’s 17th District in Congress.

The GOP in New York picked up four House seats, including NY-17, increasing from seven to 11, which is being credited with potentially giving Republicans the margin to narrowly regain the House majority.

A former executive director of the state Republican Party, Lawler’s abandonment of Trump in his native New York is sure to raise eyebrows as GOP officials and voters nationally debate whether it’s better to have a fresh face at the top of the ticket in 2024 or Trump, a polarizing figure who has a large, devoted following.

Lawler’s comments come as Trump is being advised to delay next week’s much-hyped “very big announcement” — during which is he expected to kick off a White House run for the third straight cycle.

“I’ll be advising him that he move his announcement until after the Georgia [Senate] runoff [Dec. 6],” former Trump adviser Jason Miller said. “Georgia needs to be the focus of every Republican in the country right now.”

Kayleigh McEnany, a former White House press secretary in the Trump administration, also said on Fox News the former president should put his announcement on “pause” until Georgia is sorted out.

Trump’s onetime lawyer and personal friend Rudy Giuliani told The Post Thursday he had urged the former president not to announce another White House bid until after the midterms, but insisted that Trump has what it takes to win again — and was the most charismatic and appealing GOP candidate since Ronald Reagan. 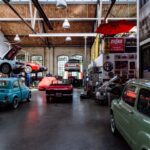 The Ultimate Garage for a Car Enthusiast 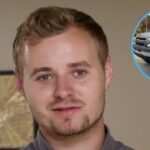 Jed Duggar Reveals a Truck Was Stolen From Car Lot