An investigation has revealed that TikTok is profiting from live streams of displaced Syrian families begging for donations, despite this being against the platform’s rules.

The BBC documentary found that the video company was taking up to 70 percent of the proceeds while the families only received a tiny fraction of these sums.

According to a test performed by the BBC, the families pocketed just $19 out of the $106 donated experiment.

A majority of the money went to TikTok and the agency that recruited the families and provided them with phones, Wi-Fi, and SIM cards to launch the streams.

TikTok influencer and ex-professional rugby player Keith Mason donated $298.96 (£300) during one family’s live stream. He encouraged his nearly one million followers to do the same.

When informed by the BBC that most of the funds were taken by platform, he said it was “ridiculous” and “unfair” to the Syrian families.

“You’ve got to have some transparency. To me, that’s very greedy. It’s greed,” he said.

In TikTok Exploitation Scandal Exposed, the documentary reveals that a network of companies is making big money by exploiting some of the world’s most vulnerable families.

During their five-month investigation, the BBC found 30 TikTok accounts broadcasting live from Syrian camps for five months to track the donations.

The social media site has since banned all of the accounts after it was contacted by the program for comment.

The video giant told the BBC that “exploitative begging” was not allowed on the platform, and said its commission from digital gifts was significantly less than 70 percent. They declined to specify the exact amount.

“We are deeply concerned by the information and allegations brought to us by the BBC, and have taken prompt and rigorous action”, TikTok said in a statement.

“This type of content is not allowed on our platform, and we are further strengthening our global policies around exploitative begging.” 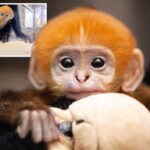 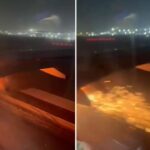