Swing and a miss.

A TikTok influencer who filmed herself drilling a golf ball into the Grand Canyon is now facing criminal charges over the stunt, authorities said.

The golfer, who has nearly 7 million followers on the social media platform, drew swift backlash over the antics and was reported to Grand Canyon Park Service, the agency said.

She also allegedly threw her golf club into the canyon near Mather Point after hitting the ball, the national park said in a Thursday statement posted to Facebook.

“Do we really need to say, ‘don’t hit golf balls into the Grand Canyon?’” the park asked.

The National Park Service did not identify the influencer, but shared the original video on its Reddit page, where she’s identified as Katie Sigmond.

Sigmond is known for her recreational passion for golf.

Angry viewers that came across the social media account immediately reported the incident to the Grand Canyon Park Service, the agency said.

“This idiot’s name is Katie Sigmond. One can only hope they give her a lifetime ban for this. She could have killed someone below the rim,” one commenter said.

“Hikers don’t give a f about influencers and their foolish games,” wrote another.

She was identified and contacted by the Grand Canyon Law Enforcement the next day.

Charges and a court appearance are pending, the service said.

“Throwing objects over the rim of the canyon is not only illegal but can also endanger hikers and wildlife who may be below,” said the park.

Sigmond has yet to make a statement on the incident. 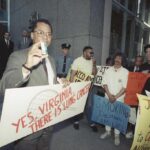 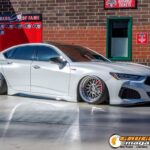