“We see each other [two] or three days a week and we are taking it slow,” Tiffany, 31, gushes to In Touch. “We really like each other. I’m waiting for him to POP the question (the ‘Will you be my [girlfriend]’ question, of course!). He’s been slowly but surely convincing me to put the walls I’ve put up, down. And it feels so peaceful and soft and healthy. He’s such a kind soul and I feel very lucky [red heart emoji].”

She continues, “It feels like coming up for air after drowning for so long. I am learning now how I should have been treated all along [smiling face with tear emoji].”

The Maryland resident introduced Dan to fans on season 3 of the TLC spinoff 90 Day: The Single Life, which was filmed while she was estranged from her husband, Ronald Smith.

“Tonight, I’m going on a date with somebody that I matched with on a dating app. I’ve never gone on a date with anyone from the internet that I don’t already know in person,” Tiffany said in her confessional on the November 7 episode. “It’s a little scary. You don’t know who’s behind the pictures. People can pretend to be really nice but then be crazy.”

She met up with Dan, 30, at a local horse stable where they went on a romantic ride together and her fears were eased when she realized that he didn’t look like a “dangerous person” or “a murderer.”

“He’s a comedian. He’s a teacher. He dressed nice and he’s cute,” Tiffany gushed to the cameras.

Thankfully for Tiffany, she also made a good first impression on Dan as well. “I think she has like, a killer smile, and the fact Tiffany was down for horseback riding? Not everyone likes to push their boundaries and get out of their comfort zone, so she’s checking all the boxes so far,” he gushed to the producers.

After their horseback ride, they enjoyed glasses of wine by a fire on the stable grounds. Dan and Tiffany talked about their past relationships, and she explained that she was separated from Ronald, 31, and “working on the divorce.” However, Dan seemed to take the news in stride.

“Finding out Tiffany is still married, definitely. I mean, ideally she wouldn’t still be but it’s also, I understand that’s a process,” Dan said. “And also, if I like you, then I like all of you. Like, I like the whole package.”

At the end of their date, Dan told Tiffany that he would like to go out on another date with her. On their second outing, she told him that she had decided to give her marriage one last try and was traveling to South Africa to work on her relationship with Ronald. However, their reunion was short-lived and she confirmed that she and Ronald split again for good while filming the 90 Day: The Single Life season 3 tell-all in September. 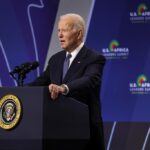 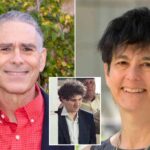 Who are Sam Bankman-Fried’s parents? Meet Joseph and Barbara