Three overnight stabbings in the Bronx and Manhattan left one person dead and a man and woman injured, cops said.

A 63-year-old man was fatally stabbed in the chest and a 38-year-old woman was stabbed in the torso in front of 1335 College Avenue in the Bronx at around 4 a.m., cops said.

Both took private transportation to Bronx Lebanon Hospital where the man was pronounced dead, cops said. The woman was in stable condition.

The “victims were involved in a dispute with an unknown individual who stabbed them,” a police spokeswoman said. There was no known motive, she said.

Meanwhile, a man was stabbed in the stomach at East 21st Street and Fifth Avenue in Manhattan’s Flatiron District at around 2:30 a.m., police said.

He was taken to Bellevue Hospital in stable condition. The suspect, who was wearing a yellow jacket and gray jeans, fled on 21st Street on foot, cops said. There was no known motive. 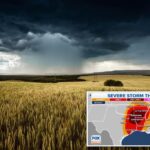 2023 could start with severe weather outbreak in South 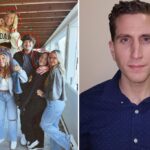