The Colorado man who launched a violent attack on Christmas at a Jehovah’s Witness Kingdom Hall — killing himself and his wife — was known to authorities for his bomb-making abilities.

Before attacking the Jehovah’s Witness hall in Thornton, Enoch Apodaca, 46, caused a “large explosion” at a local union building in North Washington.

Investigators say Apodaca walked into the IBEW Local Union 68 around 8:45 a.m. with “what appeared to be a bucket,” The Denver Post reported.

He then left the building and got into his car before “a large explosion was observed” in the office building, police said.

Before both of these incidents Sunday morning, Apodaca was known by local authorities as someone with violent tendencies and bomb-making abilities, according to court filings obtained by the newspaper.

By 9 a.m. Apodaca was at the Kingdom Hall with his wife, Melissa Martinez, 44, who he instructed to back up a pickup truck to a window of the building.

He broke the window with a hammer and placed three pipe bomb-style devices inside before shooting his wife in the back of her head with a shotgun. He then shot himself with the same gun, police said.

The bombs inside the meeting hall never exploded, though firefighters put out a small fire that started near one of the devices.

Apodaca and Martinez, believed to be disgruntled former members of the Jehovah’s Witness congregation, were the only fatalities from the incident. The couple was apparently booted from the congregation several years earlier over similar bomb threats.

When police went to the couple’s home following the incident, they discovered the pair had left belongings “clearly marked to be distributed to specific family members.” Police also discovered bomb-making materials, but no additional explosive devices were recovered.

According to court reports, Apodaca had made previous threats to the congregation. He also threatened to shoot his wife and a Local 68 union representative after he was fired from his job as an electrician in 2021.

The couple was identified Wednesday by the Office of the Coroner of Adams and Broomfield counties. An autopsy has been performed on the pair and their causes of death are currently under investigation, the coroner’s office said in a press release. 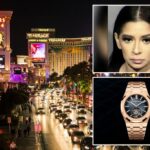 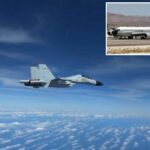 Chinese jet came within 10 feet of US military aircraft