A Texas thief took off with a skeleton and a rocking chair from a home’s front porch — and the entire brazen incident was caught on camera.

Footage from a Ring doorbell camera captured a man driving up to the victim’s Austin home in a black truck on Thursday at about 6:00 p.m.

The owner told FOX 7 Austin that he zip-tied the skeleton to the rocker, hoping to deter thieves, but the thief just decided to take off with both items.

The thief is seen loading the gangly ghoulish decoration into the back of a black truck with a waiting accomplice inside.

The homeowner said the skeleton and the rocking chair cost him about $250.

He filed a police report with the Austin Police Department, and law enforcement is asking for assistance for anyone who recognizes the suspect or the truck.

This is not the first skeleton-stealing incident to hit the Austin area.

The footage shows a woman pulling up in a white SUV and leisurely taking apart the decoration. The individual later shoves the dismembered skeleton into her vehicle and drives away.

The Austin Police Department did not immediately respond to Fox News’ Digital request for comment. 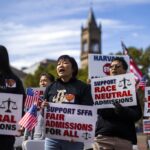 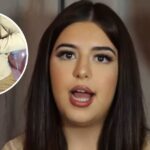