Vice President Kamala Harris experienced a new round mockery after touting her love of “yellow school buses” during her Seattle appearance on Wednesday.

Harris spoke at Lumen Field in Seattle with a backdrop of four electric school buses to announce nearly $1 billion being awarded to school districts to replace older buses with electric vehicles. This funding came in part from the bipartisan infrastructure bill passed in 2021.

During her speech, Harris commented on the nostalgia of a “yellow school bus.”

These comments were mocked on Twitter as another example of embarrassing moments from the vice president.

“Democrats have been hiding Kamala, but she just had a press conference and talked about yellow school buses and my goodness they really can’t let her talk in public about anything,” Radio host Clay Travis tweeted.

Republican activist Matthew Foldi tweeted, “Find yourself someone who loves you as much as Kamala Harris loves Venn diagrams and yellow school buses.”

President Biden was also mocked on Twitter on Wednesday for a speech discussing inflation and his plan to lower the costs of “junk fees” for families. During his speech, Biden suggested that paying for roomier airline seats was one of these “junk fees” that targeted “people of color” the most.

“Some airlines, if you want six more inches between you and the seat in front, you pay more money. But you don’t know it until you purchase your ticket. Look, folks, these are junk fees, they’re unfair and they hit marginalized Americans the hardest, especially low-income folks and people of color,” Biden said.

Harris has been repeatedly ripped on social media for various gaffes and unusual mannerisms. Although mainstream media has largely ignored these instances, Comedy Central’s “The Daily Show” mocked Harris with a satirical video comparing her to the main character in “Veep” in early October. 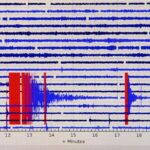 Tuesday’s earthquake in California likely not a ‘foreshock’ to larger one, expert says 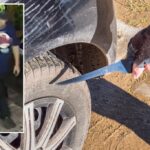