They shaped the future of America’s long-term spending from the comfort of their La-Z-Boy recliners.

More than half the members of the House of Representatives called out sick Friday when the lower chamber passed the massive $1.7 trillion spending bill – instead opting to take advantage of the widely-abused COVID-era proxy voting system.

A bipartisan group of 226 congressional lawmakers filed proxy letters with the House clerk before Friday’s vote on the omnibus spending bill, giving notice that they will designate a colleague to vote in their place.

The pandemic-era policy allowing lawmakers to choose a representative to vote in their stead was instituted by House Speaker Nancy Pelosi (D-Calif.) in 2020, ostensibly as a temporary measure to reduce the health risks associated with Covid-19 at the height of the pandemic.

For the last two years, the proxy voting policy, known as House Resolution 8, has been extended every 45 days by Pelosi, allowing lawmakers to be physically absent for monumental votes.

“Pursuant to House Resolution 8, I write to notify you of the designation of a proxy to cast my vote. I am unable to physically attend proceedings in the House Chamber due to the ongoing public health emergency,”  Rep. Marjorie Taylor Greene (R-Ga.) wrote in a letter filed earlier this week notifying the clerk that she intended to vote by proxy.

Greene is reportedly on vacation in Costa Rica, according to Business Insider.

Pelosi explained to a CNN reporter on Friday that the mass absences were “related to the weather more than anything else.”

An analysis done by CQ Roll Call in October found that more than half the votes of a dozen House Democrats were cast by proxy. The voting method is unsurprisingly more common on days lawmakers are showing up or leaving town.

During the time Jones’s proxy letter was on file, he actually partied in France at actress Issa Rae’s lavish wedding.

Jones was present on Friday and voted “yea” on the omnibus bill in what may have been one of the last votes he casts. In August, Jones lost his bid for a second term, losing his primary election.

House Minority Leader Kevin McCarthy (R-Calif.)  said on Friday that in next year’s GOP-controlled House the proxy voting policy will be repealed “once and for all.”

“The Democrats care so much about the people that they’re home with the people and not here to read the bill or even vote on it,” McCarthy said. “I’m not sure you don’t put a medal in here, for the people who don’t show up for work. Because they care so much.”

“The American people deserve us to be here over Christmas actually fighting for them, instead of trying to catch planes while half this body are going to vote by proxy,” Rep. Chip Roy (R-Texas) said before the House vote on Friday.

“Half this body’s not even going to be here and they’re lying. They’re lying on forms saying that they’re voting by proxy for COVID,” he added.

Below is the complete list of representatives who voted via proxy on the omnibus spending bill: 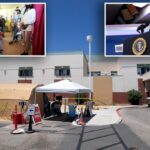 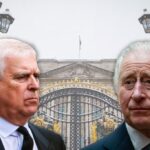