If anyone is known for their risqué and show-stopping style, it would be Madonna. The “Material Girl” pop star rose to fame after performing her hit single “Like a Virgin” in a wedding dress at the 1984 MTV Video Music Awards. Now that she’s been in the business for decades, Madonna has rocked the red carpet and the public streets with her own sexy fashion choices, ranging from unique corset-styled tops to braless gowns.

The Michigan native opened up about her infamous VMAs performance in a 2012 interview with Jay Leno, explaining what really went down when her underwear flashed as she rolled around on the stage.

“I was standing on top of a wedding cake, as one does,” Madonna began. “And I walked down these steps which were the tiers of a wedding cake, and I lost my white stiletto. I thought, ‘Oh my God; how am I going to get that? It’s over there and I’m on TV.’ So I thought, ‘Well, I’ll pretend I meant to do this,’ and I dove onto the floor. And I rolled around, and I reached for the shoe, and as I reached for the shoe, the dress went up, and then the underpants were showing. And I didn’t mean to.”

Although she is known for her confident and occasionally raunchy image, the Grammy Award winner once explained that her style had evolved over time as she aged.

“The older you get and the more you have people commenting, you become more self-conscious,” Madonna told Seventeen in July 2010. “Instead of just throwing things on and not really caring what a fashion trend is, I’m always thinking about things. I wish I could be as carefree with clothing and fashion!”

When it comes to her fashion choices, the “Lucky” singer described how style “speaks to who you are.”

“A ‘Material Girl’ is adventurous,” Madonna continued, referring to her song. “She has a sense of humor and doesn’t take herself too seriously. You want girls to think for themselves and reinterpret things in their own way.”

Scroll through the gallery to see Madonna’s hottest braless looks. 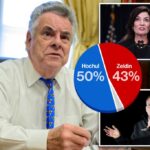 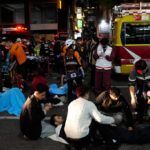