Reality TV stars don’t just get paid to exist. It takes quite a lot of grueling work — not to mention the constant public scrutiny — to make a hit reality show. The stars on this list, including Kim Kardashian and Bethenny Frankel, have somehow found a way to turn their personalities into millions of dollars.

Unsurprisingly, a vast majority of the people on this list of highest-paid reality TV stars are members of the Kardashian-Jenner family. While the family has found ways to create revenue outside of their show, including everything from cosmetic lines to gaming apps about navigating from the E-list to the A-list, they still make an impressive amount of cash from appearing on TV.

In 2017, E! reportedly paid the family below $100 million to extend their contract for three more years, Insider reported. It’s safe to say that the family’s Disney deal is worth even more for them to jump networks after 20 seasons on E! after first premiering in 2007.

“It is with heavy hearts that we’ve made the difficult decision as a family to say goodbye to Keeping Up with the Kardashians,” Kim wrote via Instagram in September 2020. “After what will be 14 years, 20 seasons, hundreds of episodes and numerous spin-off shows, we are beyond grateful to all of you who’ve watched us for all of these years — through the good times, the bad times, the happiness, the tears, and the many relationships and children. We’ll forever cherish the wonderful memories and countless people we’ve met along the way.”

The family’s new multi-year deal streams exclusively on Hulu in the U.S. and on Disney’s Star platform worldwide.

“Hulu is the perfect place for our new show since it’s where you can currently catch up with every season of Keeping Up With The Kardashians. Hulu feels like family and they immediately embraced the idea of a new show with such open and welcoming arms,” Kris Jenner said in May 2021. “This is the next chapter. In the new show, you’ll see us evolving as a family, fans want us to be who we are and since moment one, they’ve been emotionally invested in our show just like we are. The fans will love seeing us continue the journey. I can’t say much about what’s coming but spoiler, we’re going to look fabulous and everyone’s going to watch.”

Clearly, these stars don’t need to appear on TV anymore to ensure a solid paycheck, but fans are glad they do. Keep scrolling to see the highest-paid reality TV stars. 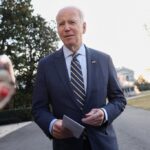 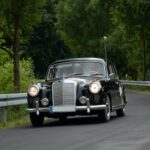 What Does It Take To Maintain the Aesthetic Appeal of Your Car?