Thanksgiving is just a few days away, and if you’ve already started preparing your meal, you’ve probably noticed that it costs more than last year.

Lempert said that means consumers need to prepare for some of the highest price increases than ever before.

And there are several reasons why the price has increased so much since last year.

“First, avian flu,” Lempert said. “That’s killed more than 49 million birds this year, according to the Centers for Disease Control. Also, we have labor shortages in the poultry processing facilities.”

But Lempert said there is some good news – a turkey war.

Because of that, Lempert said other retailers have also started to reduce their prices.

“So, read those circulars carefully because even though the prices are higher, bottom line is that they want you to come into their stores.”

Historically, wherever consumers shop for Thanksgiving, they will also go to the same store for Christmas and New Year’s.

“This is the biggest season for grocery retailers,” Lempert said. “So, if they can get us now, guess what? You know, we’re going to stay with them for the next couple of months.”

While things like the avian flu and labor shortages affect what we pay at the grocery store, the weather and wars also affect prices.

“If we take a look at what’s gone on between the fires in the Northwest, that’s affected the soil and the corn that gets fed to the poultry, the turkeys,” Lempert said.

Lempert said Russia is the largest exporter of manure, and because of their war with Ukraine, farmers are paying more for that as well.

There’s also a potato shortage due to various weather conditions, according to Lempert.

“Potatoes were up 35%,” he said. “So, here’s a hint. This year, what I’m going to do, instead of having, you know, a normal mashed potato or baked potato, I’m going to switch to sweet potatoes because those are actually not affected by weather conditions. And also, a lot of potato farmers have switched from regular potatoes to sweet potatoes.” 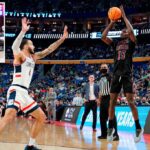 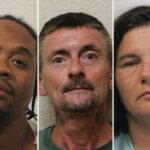