Bundle of joy! 90 Day Fiancé stars Thaís Ramone and Patrick Mendes welcomed baby No. 1, a daughter named Aleesi, on November 15. Keep scrolling to find out the meaning of their baby girl’s name.

While they have shared several photos of the adorable baby, the couple has not yet revealed the inspiration behind Aleesi’s name.

One day before they welcomed their daughter, Thaís revealed their daughter’s name while giving a tour of her nursery via Instagram. “Baby girl’s room ready for her 💓 Aleesi Ramone,” she captioned the video. “We made it simple as I wanted.”

Thaís and Patrick announced the birth of their daughter via Instagram on November 16.

In a post shared with TLC, the couple was seen cuddling with the newborn in the hospital. “Oh baby! #90DayFiance’s Patrick and Thais have welcomed a little girl,” the caption read.

The mother of one then shared her own post via Instagram, which featured several photos of Aleesi in the hospital. “Hiii everyone 🍼,” the TV personality wrote. “Look this little love bug 😩 who do I look like the most?”

What Did Thais and Patrick Say About Their Daughter’s Birth?

“We are overwhelmed with love for our baby girl, Aleesi! As first-time parents, we were nervous going into delivery, but we are blessed to have a healthy baby and she is perfect in every way,” the couple told Us Weekly on November 16.

When Did Thais and Patrick Announce That They Were Expecting?

Along with fellow season 9 stars Kara Bass and Guillermo Rojer, Thaís and Patrick made history when both couples revealed they were expecting baby No. 1 on the day of the season 9 tell-all in August.

“We are so excited to announce we are having our first baby!” they told People at the time. “We can’t wait to be parents and we are grateful to have the love and support of everyone that’s been a part of our journey!”

When Did Thais and Patrick Make Their ‘90 Day Fiance’ Debut?

The couple made their reality TV debut in April 2022. They first met via a dating app while Patrick was on vacation reconnecting with his father in Brazil. After hitting it off, the fitness enthusiast took multiple trips to the South American country to visit Thaís.

In Touch confirmed that Thaís and Patrick tied the knot in 2022, during a ceremony in Seminole, Florida. Their nuptials aired during an August episode of 90 Day Fiancé. 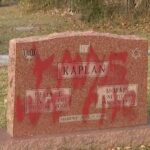 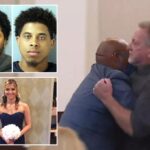