A Thai business tycoon and transgender activist signed on the dotted line for ownership of the Miss Universe Organization.

Jakapong “Anne” Jakrajutatip, CEO and biggest shareholder of JKN Global Group (JKN), handed over a cool $20 million — making her the first woman to own the famous beauty pageant in its 71-year history.

In addition to her business ventures, Jakapong is a well-known figure in Thailand after she appeared in the Thai versions of shows such as “Shark Tank” and “Project Runway.”

She hopes to transform the beauty pageant into an event that inspires women around the globe, as well as boosts tourism in tandem.

“It’s a universal platform… I can become the aspiration for so many people, in particular women, LGBTQ, so they can transform,” she told Reuters.

“It’s almost one billion people watching and owned by a Thai transwoman, one hundred percent,” Jakapong told the outlet. “We have the best vehicle now and so why don’t you just use me?”

She hopes Thailand will host the event, which was founded in 1952 and first televised in 1955 by CBS, every three to four years.

Jakapong bought the organization much to the delight of former owner and famed superagent Ari Emanuel, who reportedly had an ugly time trying to find a buyer after refusing to slash the price.

Miss Universe’s rule book allowed only single women between 18 and 28 who have never been married or had children to apply. In recent years, both events have tried to evolve past their traditional roots as ratings plunged.

The Miss Universe in 2018 pageant welcomed its first transgender contestant, and next year will allow married women and mothers in a real push for inclusivity. 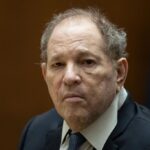 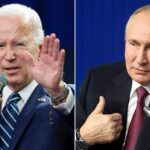 Biden skeptical about claim Putin has no intent to use nukes