OnlyFans star Courtney Clenney’s boyfriend sent her a series of disturbing texts — including one that accused her of cheating and “slapping” his stitches just weeks before she allegedly stabbed him to death.

The startling new text messages released by the Miami-Dade State Attorney’s Office give a glimpse into the alleged physical and verbal abuse Christian Obumseli endured during his tempestuous relationship with Clenney.

“February was the worst month I had so far,” the 27-year-old cryptocurrency trader wrote to the social media darling just weeks before his April death.

“I got cheated on. I got called that word again. I got slapped in my stitches that has re-opened multiple times and it’s not healing fast enough.”

Clenney, who boasts 2 million Instagram followers and had a once-thriving OnlyFans account under the name Courtney Tailor, is facing second-degree murder raps for allegedly plunging a knife Obumseli’s chest during an argument at their Miami apartment.

Prosecutors have painted her as the manipulative aggressor in their troubled relationship — and have slowly publicly released damning pieces of evidence to bolster their claims.

In an October 2021 text — reported by the Miami Herald on Thursday — Obumseli indicated that he had brushed off Clenney stabbing him in the leg.

“I still gave you a good day even though my leg was hurting because my girlfriend stabbed me,” he wrote. “Did I make you feel like s–t for stabbing me? No just sucked it up and hoped tomorrow will be better.”

The texts depict Clenney treating Obumseli as a meek submissive — telling him at one point that she was tired having to “explain to you how to act.”

Another exchange indicates that Obumseli required medical treatment after Clenney gashed him during a fight. “Enjoy the hospital,” she told him after the incident.

From his hospital bed, Obumseli texted Clenney repeatedly, asking why she was ignoring him while he recovered from the wounds she inflicted.

She apologized to him days after the incident.

“I love you so much Christian. I should have been at the hospital with you and i should have slept next to you i always have,” she wrote.

Elsewhere, Obumseli muses about ruining her career by revealing her behavior.

“Like honestly think to yourself I’ve cut this person’s face I have stabbed him I have called him out of his name to the highest level,” he wrote. “And he could if he was an evil person he can ruin my career he can go to the police go to the courtroom.”

In August, prosecutors released disturbing video showing Clenney fighting with her boyfriend in an elevator just two months before his death.

Clenney claims that she killed Obumseli in self-defense, casting him as an unpredictable stalker.

Her lawyer, Frank Prieto, said the texts did not reflect the totality of their toxic relationship.

The attorney also suggested that he has evidence corroborating Clenney’s version of events that will emerge in court.

“The evidence provided to the media as part of public discovery by the State Attorney’s Office is a one sided snapshot in time,” he said in a statement. “It’s not the whole story.  It’s missing context.  The most sensational pieces of evidence are being cherry picked by reporters, without proper context,  to feed the public’s curiosity with this case.” 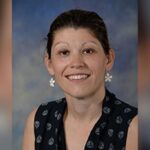 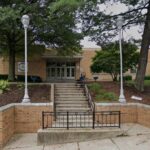