A Texas middle school teacher bragged about “indoctrinating” students on TikTok and interrogated each of her classes about whether they believed a non-binary identity made them uncomfortable, Fox News Digital found.

“Indoctrinating the youth,” she said in the classroom, adding that kids were “lining up at my door.”

McCracken told students to use the word “Mx.” instead of “Ms.” and came out to them as non-binary.

“For me the students are amazing about it,” she said. “Pretty much all of my students call me ‘Mx.’ or call me by my first name. … There are some [staff] around the school who still call me ‘Ms.’ I just don’t have the energy or effort to correct them.”

“So one of my students asked me a question and I wanted to get TikTok’s opinion on it. You know how the respectful thing to say to people is ‘ma’am’ or ‘sir.’ I’ve come out to my students. All my students know that I’m non-binary. Most of my students call me ‘Mx.’ Most of the staff calls me ‘Mx.’ or ‘Coach,’” McCracken said.

“But a lot of people falter when it comes to… ‘ma’am.’ And one of my students came up to me the other day and said, ‘Mx., what do I call you because if I say, “Yes, ma’am,” that feels disrespectful, but If I just say, “Yes,” that also feels disrespectful. My genuine question is, is there a non-binary way of saying that?’”

Later, McCracken responded to a TikTok comment which said the teacher shouldn’t be including the teacher’s “gender confusion” in the classroom.

She used a soundbite which said, “I cannot stand this sh*t. Bang, bang, bang, bang, bang — click, click — reload, can’t stand it,” while using a hand pointing at the teacher’s head as a gun.

McCracken also responded to the “gender confusion” comment by interviewing each of the teacher’s classes throughout the day on whether a non-binary identity makes them “uncomfortable.”

“Does calling me ‘Mx.’ make you confused? Does me going by ‘Mx.’ make y’all confused about yourselves? That’s interesting.”

Fox News Digital reached out to the district for comment but did not immediately receive a response. 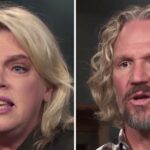 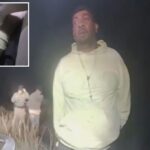