Texas Gov. Greg Abbott has laid out a staggering $4 billion for a border mission created last year, making his state the biggest spender on border security.

An additional $875 million in “emergency funds” was added to the budget for Operation Lone Star, which began in March 2021.

Millions is also spent to bus migrants from Texas border towns like Del Rio and Laredo to New York City, Washington, DC, and Chicago. Texas has disbursed at least $12 million to bus asylum seekers from border towns to sanctuary cities like New York, the state told the media outlet in August.

Texas’ Republican governor has repeatedly asserted the state is forced to spend the money in the absence of a federal immigration solution — a stance echoed by local lawmakers who signed off on using $875 million from the Texas prison system to spend on the border instead.

“Because the federal government has completely neglected this emergency, imagine how unsafe communities across the country would be had Texas not stepped up to provide its full support,” said Republican state Sen. Joan Huffman, chair of the chamber’s finance committee.

In the last two years, the number of immigrants arriving at the border has skyrocketed, with a record-shattering 2.4 million crossing the US-Mexico border this year.

The border state went from spending $110 million for border security in 2008-2009 to $3 billion this year alone, according to ProPublica.

“As the crisis at our border continues, it is critical that the legislature continues to fund Operation Lone Star as the flow of illegal immigrants, weapons, and drugs has hit unprecedented levels,” Huffman said in a press release.

Texas cities like El Paso have also been forced to create a budget for the migrant surge. The west Texas city has spent more than $8 million dollars of its own money to house asylum seekers and bus them to the Big Apple to prevent its own shelter system from collapsing.

But it’s unclear if the millions Texas is spending on border security is having an impact. Since Operation Lone Star was announced, the state has seen between 89,000 and 140,000 immigrants cross into Texas illegally every month, according to US Customs and Border Protection data. 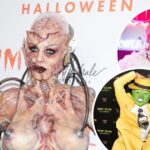 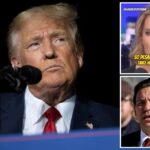