A women’s soccer coach at the University of Texas Permian Basin has been suspended after a group of players penned an anonymous letter to the school and the NCAA claiming she had made out with students and asked her players to bail her out of jail after she was arrested for a DUI.

The coach, 28-year-old Carla Tejas, was busted for a DUI on Sept. 11 following a traffic stop, where officers said she slurred her speech and was unsteady on her feet while performing sobriety tests, KMID reported.

After her arrest, members of the soccer team sent a letter containing multiple allegations about Tejas to the university, NCAA and Lone Star conference officials. The student said they were worried the school would “sweep her arrest under the rug.”

Kayler Smith, the sports director of KMID’s ABC Big 2 Sports, said in a series of tweets that the allegations against Tejas include kissing members of the men’s soccer team in public, providing booze to minors and asking players to help her pay for her DUI bail — which some did.

The players also said Tejas re-entered a game that she had been ejected from and continued coaching from a two-way radio while wearing a disguise.

She was allowed to continue coaching following her arrest as neither the university nor the NCAA have a DUI policy, according to KMID.

The school’s athletic director Todd Doley told reporters at a press conference on Monday that the department is investigating the allegations against Tejas, who has been placed on paid administrative leave.

“Our focus has always been and will always be unwavering support for student-athletes. Period. That doesn’t change now or ever. So I want to make that perfectly clear. Our support is clearly squarely on our student-athletes,” Dooley said.

Since news of Tejas’ arrest and her players’ letter broke, former students who have played under her at other universities have come forward alleging other abuses.

One student, who played under Tejas at Belhaven University where she coached for two years as a graduate student, told KMID Tejas made her consider taking her own life. Another said she has attempted to commit suicide.

“She’s telling me everybody hates me and nobody wants me on the team and this had been after a few months of abuse from Carla. That was the tipping point with a lot of other things that had gone one mainly from Carla and Kimberly Harrell that led to me attempting suicide that day,” former Belhaven soccer player Nolyn Murphy said.

Before becoming head coach at UTPB, she coached at Louisiana Christian Christian College. 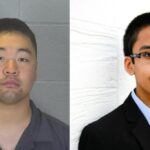 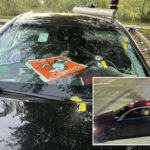