Special Corporal Angel Gallegos, a guardsman assigned to the border as part of Gov. Greg Abbott’s controversial “Operation Lone Star,” shot the migrant around 4:20 a.m. Sunday morning after tracking down a group of migrants with Border Patrol agents to an abandoned home just west of McAllen, according to an internal Texas Military document obtained by the Texas Tribune.

Gallegos and another National Guard soldier entered the house and three of the four migrants there immediately surrendered, while the fourth migrant tried to flee out of a window, according to the document.

The migrant resisted and wrested Gallegos to the ground, punching him and hitting him with his elbows, according to the document. As the migrant fell on top of the guardsman’s shoulders, he fired his M17 handgun at close range and struck the migrant in the left shoulder.

The migrant was taken to McAllen Medical Center with non-life-threatening injuries, according to the document. No other injuries were reported.

It remains unclear if the soldier intended to fire his weapon, according to the Texas Tribune. It is also unclear if the migrant was armed at the time.

The shooting is the first known incident of a soldier shooting a migrant since Texas Gov. Greg Abbot launched Operation Lone Star in March 2021 in response to the migrant crisis at the southern border, the Texas Tribune reported.

The declaration directed the state’s Department of Public Safety to “use available resources to enforce all applicable federal and state laws to prevent the criminal activity along the border, including criminal trespassing, smuggling, and human trafficking, and to assist Texas counties in their efforts to address those criminal activities.”

Two service members have been killed in shootings, dubbed “accidental discharges” in military speak, since the mission expanded in the fall of 2001, according to the newspaper.

Texas DPS, who also had agents present during the shooting, is leading the investigation and Customs and Border Protection is also reviewing the incident, a CBP spokesperson said. 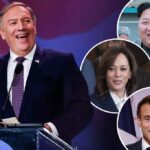 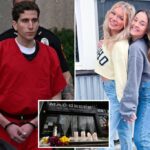