The US Supreme Court won’t take up the case of a Texas death row inmate convicted of murdering his family who claimed he didn’t receive a fair trial because of jurors opposed to interracial marriage.

Andre Thomas — who removed his eyes and ate one while in prison — claimed he went before a biased jury in his 2005 trial, where he was sentenced to death for killing his estranged wife and two children in a crime he said God told him to commit.

Thomas is black and his wife was white.

The inmate claimed the all-white jury convicted him because they didn’t approve of interracial marriage. At least three expressed the racist belief, with one allegedly noting on a questionnaire, “I think we should stay with our Blood Line.”

The Supreme Court ruled 6-3 to toss out Thomas’ case. The court’s three liberal judges chose to dissent, arguing Thomas’s conviction and death sentence should be overturned because his attorneys did not try to prevent the three jurors from serving.

“No jury deciding whether to recommend a death sentence should be tainted by potential racial biases that could infect its deliberations or decision, particularly where the case involved an interracial crime,” Justice Sonia Sotomayor wrote. Justices Elena Kagan and Ketanji Brown Jackson joined Sotomayor’s opinion.

Texas officials had asked the Supreme Court not to entertain Thomas’ appeal, claiming his attorneys questioned the jurors “extensively” about racial prejudices prior to trial and decided the jurors could provide an impartial decision.

Lower courts had previously rejected appeals by Thomas that claimed he is too mentally ill to be executed.

The convicted murderer suffers from schizophrenia and active psychosis, his lawyer Maurie Levin said in a statement, the Texas Tribune reported.

“To pursue his execution would be nothing but an ugly spectacle and would not make Texans safer,” Levin said, arguing Thomas should spend life in jail.

He stabbed them to death and tried to rip their hearts from their chests so he could “set them free from evil.” He stabbed himself in the chest in what his attorney said was a suicide attempt.

While in jail five days later, he gouged out one of his eyes. Four years later, he plucked out the other eye and told a prison guard he ate it. 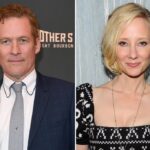 Value of Anne Heche’s estate revealed amid battle over it 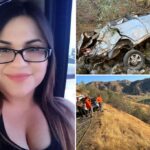