A gun-toting Texas mother shot and wounded a burglary suspect through a door while huddling with her children during a home invasion last week, authorities said.

Deputies from the Hidalgo County Sheriff’s Office responded at around 9:15 p.m. Tuesday to a report of a burglary in progress at a home located in the 5500 block of Nardo Street in Edinburg.

The homeowner told cops that a man had broken into her home through the garage and was trying to enter her bedroom where she was hiding with her children.

The woman said she warned the intruder that she was armed and that police had been called, but he refused to leave and continued trying to gain access to the locked bedroom, according to the sheriff’s office.

At one point, the mom was said to have grabbed her gun and fired a single shot through the door, striking the suspect in the left arm and causing him to flee.

Deputies who arrived on the scene located the alleged burglar, identified as 36-year-old Carlos Garcia, about 100 yards away from the woman’s home in an open field and took him to a hospital.

After being treated for his injury and cleared by doctors, Garcia was arrested on a charge of burglary of habitation with intent. 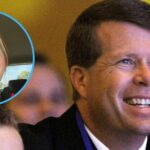 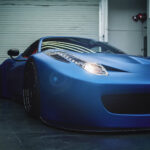